Kulkarni on his part didn't comment on the issue of him being replaced as the coach.

On January 28, 2013, Sulakshan Kulkarni had just taken Mumbai to a Ranji Trophy triumph. However, one year later he has been replaced by Lalchand Rajput as the interim coach on the basis of Technical Committee’s recommendations for upcoming List A and Twenty20 (T20) games.

The Managing Committee though, have taken the  decision to show faith in Deepak Jadhav & Co till the season ends in March, as reported by Mid-day.

He continued, “We don’t see any issues in getting an NOC. There are no India A tournaments scheduled in the next couple of months,” he added.

Kulkarni on his part didn’t comment on the issue.

“I’ve yet to get an official communication from the MCA. I would not like to comment at the moment,” he said last evening.

Under Kulkarni’s tenure as the coach, they won the Ranji Trophy in 2013, but lost out in the semi-final in 2011-12 and this season could only reach as far as the quarter-final stage of the tournament.

As per sources, it is believed that “nobody had confidence in Kulkarni’s man-management skills. He did not enjoy a great relationship with some senior players as well. Most of them felt the coach interfered too much during matches. These were some of the things that went against him,” he said.

“They did nothing wrong. The team did well in the first innings against Maharashtra, but failed in the second dig. There was no point blaming the selectors for the debacle,” said the source. 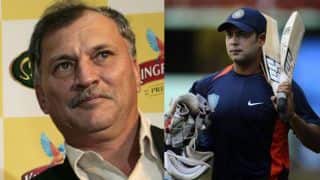 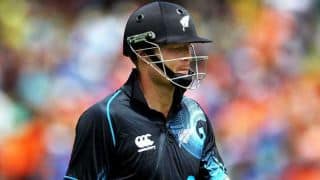 India strike back with two quick wickets against New Zealand in 4th ODI: score 65/2 in 11 overs