Sulieman Benn‘s five wicket wicket haul and Kemar Roach ran through the top order of New Zealand to give West Indies the slight advantage at the tail end of Day One. New Zealand won the toss and elected to bat on a sporting wicket in Barbados and the Kiwis were in a hot pursuit for quick runs. The scoring rate was around four and half runs per over and even though there were good starts from Kane Williamson and Ross Taylor early on, but they couldn’t build on it in the post lunch session.

Kemar Roach took wickets at regular intervals to rock the top order and and Sulieman Benn ran through the middle order with quick strikes.
There was very little application at the crease from some of the Black Caps batsmen. Taylor, though was dismissed by a stunning one-handed diving catch by Benn at gully. Then Jimmy Neesham took charge with some sparking shots all around the wicket and put the bowling attack to the sword.

Neesham was severe on the leg side and with the company of the impressive Mark Craig down the order, stitched the New Zealand innings together. The batsmen crossed the 50 run partnership mark and looked unruffled. Just then, a needless single brought an end to Neesham pursuit of his third Test hundred. Trent Boult didn’t hang around and went after the bowling and but was Benn’s last wicket when he tried to heave the bowler out of the park.  West Indies had laid a platform to dismiss New Zealand for a much cheaper score but it was Craig’s stubborn resistance yet again that took the score close to the 300 mark. 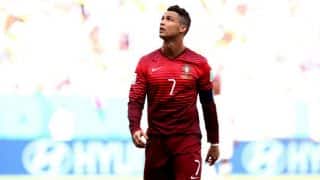 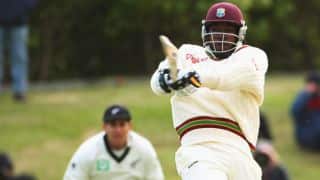