Raman was said to have contacted a bookie eight times in a single season.

Indian Premier League (IPL)’s Chief Operating Officer (COO) Sundar Raman, who was said to have contacted a bookie eight times in a single season according to the Mudgal panel report submitted to Supreme Court, has produced call records for the last two years in order to prove that the allegations against him are wrong. He provided this data at the BCCI working committee meeting.

According to Mid-Day,  Raman said that he loved his country and was being honest. Raman was one of the 13 names named by the Mudgal panel in regards to the IPL 2013 match fixing and spot fixing scandal. Along with him, N Srinivasan, Gurunath Meiyappan and Raj Kundra were some of the other names mentioned.

N Srinivasan, who is currently the ICC chief, was cleared of match fixing charges but his image is still under scrutiny, as it has been found that Gurunath Meiyappan was a member of CSK and not merely an ‘enthusiast’ as Srinivasan had suggested earlier. 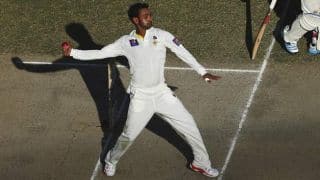