Gavaskar has bought a stake in a franchise in Bhupathi's IPTL.

A self-confessed tennis fan, former Indian cricket captain Sunil Gavaskar has bought stake in the the Singapore franchise of veteran Mahesh Bhupathi‘s ambitious brainchild — the International Premier Tennis League. According to a report in The Daily Telegraph, Gavaskar was unveiled as one of the co-owners of the franchise ahead of the Wimbledon Championships which gets underway on Monday.

“I am a big tennis lover and I have followed the careers of Mahesh and his old doubles partner Leander Paes for years,” said the batting legend, who remains active in various cricket-related activities such as commentary. The Singapore franchise will be represented by renowned players such as Serena Williams, Andre Agassi and Tomas Berdych. Gavaskar is part of a quartet which owns the franchise.

The team owners reportedly paid USD 15 million for the franchises, which they will own for 10 years. Manila will host the first leg of the event, which has attracted many top players of the ATP and WTA Tour to compete in the team competition.

The league format features a total of 24 matches to be played in the four host cities Manila, Singapore, Mumbai and Dubai from November to December. The teams will compete against each other in one-set men’s singles, women’s singles, men’s doubles, mixed doubles and legends singles matches and the team that wins the most games (not sets) wins the match tie. Djokovic has hailed the new competition as “revolutionary for tennis.” 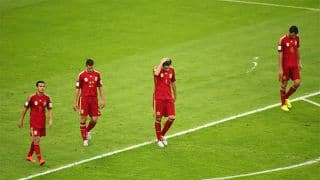