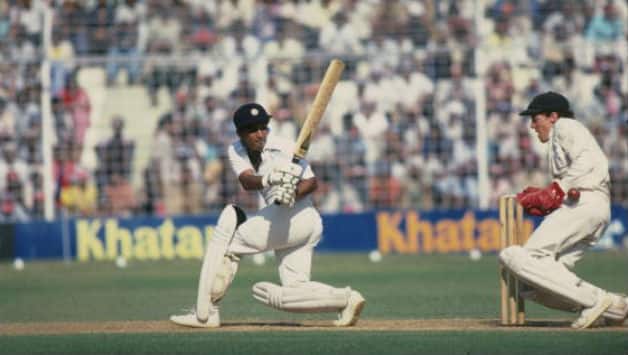 Shastri paid the ‘little master’ glorious tributes on Wednesday after Gavaskar was inducted into the Legends Club in Mumbai as the fourth member on his 64th birthday.

“Over the last forty years the three best openers I have seen are Gordon Greenidge (West Indies), Graham Gooch (England) and Matthew Hayden (Australia). But Sunil Gavaskar stands apart. I have not seen a better opening batsman,” said Shastri in his keynote address at the Cricket Club of India.

Shastri pointed out how Gavaskar had battled fearlessly and scored tons of runs against some of the best pace bowlers the world has seen, especially the fiery West Indian pace battery of the late 1970s and 1980s.

“There were no visors, no helmets and you needed rock solid defence to bat for five-six hours in a day. He had nerves of steel. His hunger for runs was astounding. He had great competitive instinct and hated to fail,” said Shastri about the batsman who first scaled cricket’s Mount Everest of 10,000 Test runs.

Shastri recalled an innings in the third Test of the 1982-83 tour to the Caribbean islands.

“It was in Guyana. He had not got many runs in the first two Tests. He came to my room and called me out to dinner. He wanted to unwind. And two days later I saw batting of the very highest order from him,” recalled Shastri.

“He was on 49 when Malcolm Marshall, who was bowling at the speed of light from around the stumps, gave him little room and the ball hit him on the forehead and went 10-15 feet behind the wicketkeeper. Gavaskar did not even flinch though the knock was as hard as a walnut.

“No one in the West Indies team even went close to Gavaskar even as Marshall went to the top of the mark. The next ball was driven past the bowler for a four by Gavaskar to reach 53. That was an important moment and sent such a strong message to the opposition. He then ended on 147 not out,” said the former India all-rounder.

Shastri, who made his debut under Gavaskar’s captaincy in New Zealand in 1981, also said he owed much to his senior team-mate over the years on and off the field.

“Very few players become legends during their playing days. But Gavaskar became one. I have learned a lot from him as a player and now as a broadcaster,” he said.

“As an opening batsman he brought India up and put it on the cricket map. It was unheard of. He became a folk hero for our generation and even the later generation of Tendulkars, Dravids and Laxmans,” said Shastri.

Shastri also said it was due to the faith shown in his batting abilities by Gavaskar on the tough tour of Pakistan in 1982-83 that he became an opening batsman. It was after the confidence Gavaskar had shown in Shastr’s left-arm spin bowling on his debut in New Zealand.

“I was injured with five stitches before the sixth Test at Karachi. We were 3-0 down. He came into our [his and Sandeep Patil’s] room. Both of us were injured, ‘Patla’ with a hamstring, and were having gin and tonic.

“‘I see you are having a party’, he said. Patla said he was injured and he looked at me and asked, ‘when are the stitches coming off’? And I said, tomorrow. He then said, ‘you are playing the game and opening with me’. He had so much confidence in me and I did not want to disappoint him. I made 128,” recollected Shastri.

Gavaskar could not attend the function because of his business commitments in the UK, said Rahul Mankad, another former Mumbai teammate of the legendary opener.

The other three ‘Hall of Fame’ legends of the club are Rahul’s father Vinoo and the two Vijays Merchant and Hazare whose birthdays are celebrated every year by the gathering of cricket enthusiasts.