Gavaskar said that the players like Sachin Tendulkar, Rahul Dravid, Sourav Ganguly came to him in past and he was happy to exchange notes with them

Batting great Sunil Gavaskar revealed why he never thought of coaching the Indian cricket team. Gavaskar is undoubtedly one of the greatest batsmen to ever play the game. He achieved several big achievements during his cricketing career and also won the 1983 World Cup.

Several former India players became the coach of the national side after retirement. Some notable mentions in the list are Bishan Bedi, Ajit Wadekar, Sandeep Patil, Madan Lal, Anshuman Gaikwad and Kapil Dev but many expected Gavaskar to also join the list but he didn’t.

Gavaskar feels that to be a coach or a selector one have to watch the game ball-by-ball, however, the legend said he is a terrible watcher of cricket.

“I’ve been a terrible watcher of cricket, even when I was playing the game. If I got out, I would be watching the match very intermittently. I would watch for a while, then go inside the change room or read something or reply to letters etc. and then come out and watch again. So, I wasn’t the ball-by-ball watcher, like say GR Vishwanath is. GRV or my uncle Madhav Mantri was a complete ball by ball watcher. And if you want to be a coach or a selector, you’ve got to be a ball-by-ball watcher. And therefore, I never even thought about it being a coach,” Gavaskar said on The Analyst YouTube Channel.

The 71-year-old said that the players like Sachin Tendulkar, Rahul Dravid, Sourav Ganguly came to him in past and he was happy to exchange notes with them. However, Gavaskar said he can’t do that on a full-time basis.

“Having said that, I’ve had people coming up to me. Not the current lot, but say Sachin, Rahul Dravid, Ganguly, Sehwag and Laxman. So I’ve been very happy to exchange notes with them whatever my observations are. So yes, I’ve been able to maybe help them somewhere down the line, but on a full-time basis, that’s not something I can do,” said the former India captain.

During his illustrious career, Gavaskar scored 10122 Test runs in 125 matches at an astonishing average of 51.1. 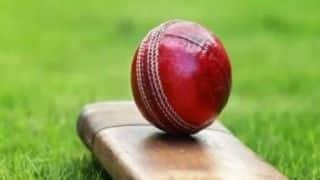 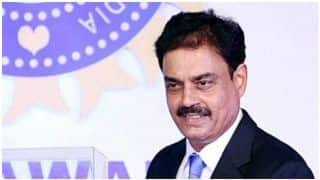