Sunil Gavaskar was surprised that Amit Mishra didn't get a game.

Former India captain Sunil Gavaskar said the current Indian team members should not take their places for granted for next year’s ICC World Cup 2015, saying the debacle against New Zealand has left the door open for veterans and talented youngsters to force their way into the squad.

“Of course, you cannot rule out players (not in the current lot). What message are you giving to the existing players? That you can score five, ten, or twenty with an occasional half century and stay on till World Cup next year. You can’t defend the World Cup like that,” Gavaskar, who opposed skipper MS Dhoni‘s view of carrying on with same set of players, said.

While he did not name anyone, Gavaskar did point out that all is not lost for the 30 plus veterans like Gautam Gambhir, Yuvraj Singh and Harbhajan Singh, citing the example of Aussie veteran Brad Hodge.

“I believe in horses for courses. Never mind what is the age of the player. Brad Hodge is 39 and Australia brought him back for the T20 International [T20I] against England. Form and not age should be the criteria for selection. But one needs to do it now as it can get late by the time you think doing it,” Gavaskar told NDTV today after India’s humiliating 0-4 ODI series loss.

The legendary opener also feels that a talented youngster can also be tried out.

“When we won the World T20 in South Africa, what experience did we have of T20 cricket. Yet, we won the championship. There are times, having fresh players can help as their enthusiasm rubs off on others,” Gavaskar opined.

But Gavaskar did find Amit Mishra not getting a game surprising as he thought that Mohammad Shami could have been given rest.

“Shami has been playing non-stop cricket from South Africa and could have been given rest. I was surprised that Dhoni didn’t give Mishra a game. As a captain, he must have his potent reasons for not having Mishra in the playing XI.

But then the question arises that if he is not good enough to be a replacement, then what exactly is he doing in the squad,” Gavaskar said.

Gavaskar said that Rohit Sharma and Shikhar Dhawan need to get those 60-70 run opening stand which might release the pressure on the batsmen coming after them. 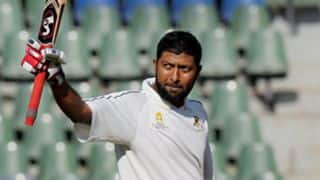 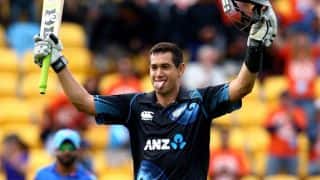