Sunil Narine, the mystery spinner, has recorded the third most economical complete spell in a Twenty20 (T20) game. In the inaugural match of the Caribbean Premier League (IPL) 2014 between Guyana Amazon Warriors and the Antigua Hawksbill at Grenada, Narine recorded mid-boggling figures of 4-1-3-0. In that complete spell, Narine bowled a total of 21 dot balls.

Zulfiqar Babar, the Pakistan left-arm spinner holds the record for the most economical complete spell in T20 cricket. Though he conceded only three runs in his spell for against Quetta Bears in 2012, he had taken two wickets. Shoaib Malik is second on the list when he conceded the same number of runs and picked up one wicket. He had achieved the mark in the CPL 2013, in a match between Barbados Tridents and the Antigua Hawsbill.

Narine yet again showed that he is one of the leading bowlers in T20 cricket. In an interview with CricketCountry, Narine spoke about maintaining composure in a tough format, “Composure is an individual thing. How you react to certain things, makes it better for you. I can try to be humble and what do is to be as humble and quiet as possible, not show any expression to the batsman, so that they don’t read you and judge whether you are tense or you are anxious.” 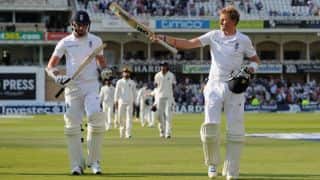 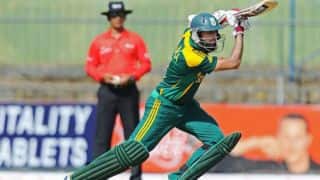