Sunil Narine was reported by the umpires for one of his quicker deliveries.

Sunil Narine getting reported for suspect bowling action during the match between Kolkata Knight Riders (KKR) and Dolphins in the ongoing Champions League Twenty20 (CLT20) sparked off a series of posts on social media platforms such as Twitter. The KKR off-spinner was reported by the on-field umpires Anil Chaudhary, Chettithody Shamshuddin and by the third umpire Kumar Dharmasena. It was one of his quicker deliveries that generated the suspicion.

Following were some of the tweets posted after the news of the event broke out:

So now Sunil Narine has been reported for a suspect action. What a load of nonsense. Who honestly thinks he’s a chucker and bad for cricket?

now that the crackdown on actions is in full swing, let us turn our attention to outsized bats, undersized boundaries and unfair switch hits

Narine joins the list of bowlers with suspect actions…so, how many international wickets in total are under this cloud of chucking? #ajmal 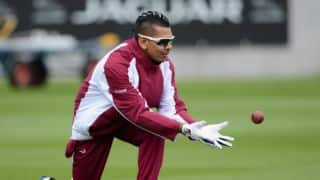 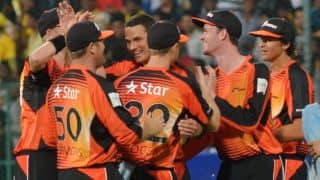