West Indian spinner Sunil Narine has been in a state of turmoil regarding his inclusion in the eighth edition of the Indian Premier League (IPL). The bowler had to remodel his bowling action but still was reported. The new action has transformed his effectiveness with the ball as he has struggled to live up to his reputation. He has been asked not to bowl off-spin but does that really matter if you can still bowl lethal leg-breaks like this. He managed to silence his harshest critics and displayed one of his long lost arts which he exhibited more frequently with the old action.

In the 51st match between Mumbai Indians (MI) and Kolkata Knight Riders (KKR) in IPL 2015, Narine bowled an absolute beauty to clean up Rohit Sharma. Batting first, MI failed to get an identical start in a game that would have decided MI’s fate in the tournament. Rohit was looking in good touch on 30 off 20 balls and was weathering the early storm as they lost three wickets quite early.

Rohit scored a boundary off the previous delivery and was looking forward to take on Narine. On the fourth delivery of the 12th over, Narine bowled a good length delivery and outfoxed the batsman with his guile. Rohit didn’t pick it and it opened him up. Anticipating a straighter ball, he wanted to play it on back-foot but it went the other way and Rohit was stuck with his feet movement as he didn’t have an idea of which way the ball would turn. The ball ripped through the MI skipper’s defence and hit the off stump. 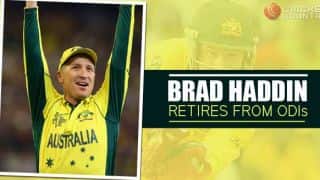 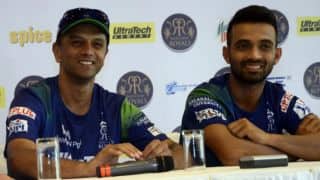