The Supreme Court wants Srinivasan to step down to ensure fair probe.

The Supreme Court of India on Tuesday took a strong stand on the Indian Premier League (IPL) 2013 spot-fixing and betting scandal, asking why N Srinivasan is sticking to the post of the Board of Control for Cricket in India (BCCI) president.

“Why is Srinivasan sticking to his chair. If you don’t step down, then we will pass the order,” the Supreme Court was quoted as saying by PTI.

“You are filled with filth, there needs to be serious cleaning,” the court told the BCCI’s lawyer.

The Supreme Court also said that the Srinivasan should step down from his post to ensure a fair probe in the IPL 2013 spot-fixing and betting scandal.

The Supreme Court also adjourned the hearing till Thursday, March 27 on the issue. The original date for hearing was scheduled for March 7, but the court then adjourned it to March 25.

The various issues that are before the Supreme Court include the fate of the Chennai Super Kings. The report has established Gurunath Meiyappan’s wrongdoing and the franchise agreement of the IPL does stipulate that if an owner or franchise is involved in something of that sort, then it can entail expulsion. 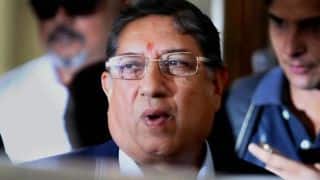 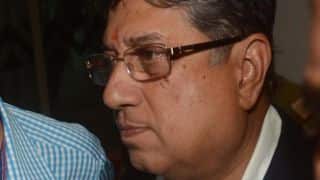 N Srinivasan must step down as there are 'very very serious' allegations made in Mudgal Committee's report: Supreme Court