The Supreme Court of India on Thursday said that Gurunath Meiyappan, the team principal of Chennai Super Kings (CSK) and the son-in-law of N Srinivasan, was involved in betting in the Indian Premier League (IPL) tournament.

The Supreme Court will be announcing its judgement on the IPL 2013 spot-fixing and betting controversy, as its verdict can seal the fate for the troubled Indian cricket administrator N Srinivasan.

In November 2014, the Justice Mudgal panel which probed the Indian Premier League (IPL) 2013 spot-fixing scandal has confirmed that N Srinivasan’s son-in-law Gurunath Meiyappan was involved in betting. A Press Trust of India tweet quoted the Mudgal panel’s report to SC.

Moreover, the Mudgal panel has also stated that Meiyappan was indeed the Team Principal of Chennai Super Kings (CSK). Earlier, Meiyappan had stated that he is neither the CEO nor team principal of CSK. It was noted that after the spot-fixing scam broke out and Meiyappan found himself in the spotlight for betting he changed the bio of his Twitter handle and removed ‘Team Prinicpal’ from his bio.

The panel also said to the SC that former Board of Control for Cricket in India (BCCI) chief N Srinivasan is not involved in any kind of match-fixing activity. 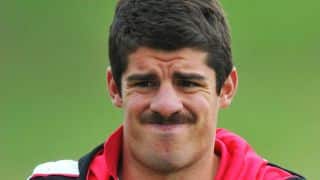