The plea against Johri was filed by the Cricket Association of Bihar (CAB).

The Supreme Court on Monday said that it will hear in July the plea filed by the Cricket Association of Bihar (CAB) regarding the sexual harassment charges against BCCI’s CEO Rahul Johri.

As the matter was mentioned, a bench of Justice SA Bobde and Justice S Abdul Nazeer said: “List the application along with other applications before appropriate Bench.”

In his plea, CAB Secretary Aditya Verma said: “The BCCI has swept the matter of sexual harassment against Rahul Johri under the carpet. The circumstances clearly show that it is a case where an effort has been made to exonerate Johri… and they (complainants) have not been given a copy of the report of the ‘Independent Committee’ constituted by (Committee of Administrators Chairman) Vinod Rai to inquire into all matters of sexual harassment against Johri.”

On the Committee of Administrators’ report on the sexual harassment issue, he said: “Since I have been fighting the BCCI over a period of time, I have been pained… also shocked at the casual manner in which the CoA has shamed the complainants publicly.”

In its report, two of the three-member independent committee – Justice (retd) Rakesh Sharma and Barkha Singh – gave Johri a clean chit, but the third, lawyer-activist Veena Gowda had said that Johri’s conduct at Birmingham – while he was in the UK during the 2017 Champions Trophy – “as a CEO of an institution such as BCCI is unprofessional and inappropriate which would adversely affect its reputation and the same has to be looked at by the concerned authorities”.

A senior BCCI official had questioned the credentials of the independent committee itself as its member Barkha Singh was already a chairperson of Delhi and District Cricket Association’s (DDCA) internal complaints committee when appointed in the panel to look into allegations against Johri.

After the conclusion of the inquiry, the committee submitted its report to the Supreme Court-appointed Committee of Administrators and it was published on the BCCI’s website.

Counsel Jagnath Singh, appearing for the CAB, contended that it is clear from the decision of the CoA published on the BCCI website that only one member of the CoA has accepted the report, but the other member has rejected it.

“… the report has not been accepted or rejected, therefore, it remains pending. The Chairman of the CoA has attempted to propagate the wrong belief that the CEO has been exonerated,” he said.

Verma has also written to senior advocate P S Narshimha, who is amicus curiae in the BCCI matter.

“I would also like to inform you that the girl working in the BCCI who was the complainant in the matter is suffering on a daily basis and has been subjected to discriminatory behaviour… reports must be made available to all those who deposed before the committee and also to the complainant,” he said in his letter. 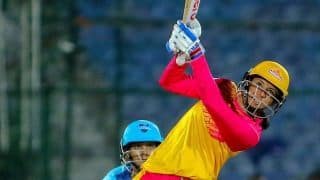