Suresh Raina blames bowlers for the loss against Mumbai Indians

Suresh Raina blames bowlers for the loss against Mumbai Indians

Chennai Super Kings batsman Suresh Raina lamented his team's failure to tighten the screws in the closing stages after the defending champions lost by three wickets to a depleted Mumbai Indians their Champions League Twenty20 opener. 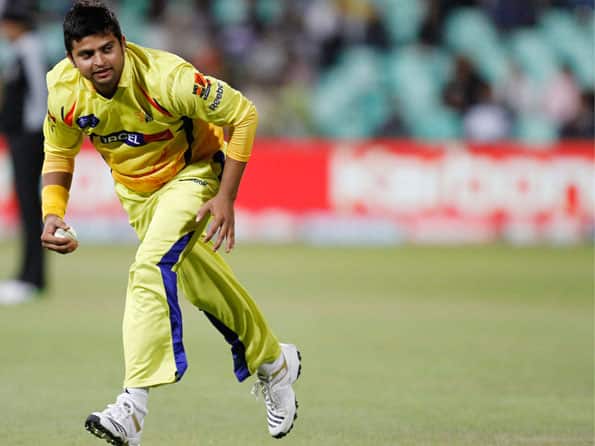 Suresh Raina thought his team would win the match midway through the match, after Keiron Pollard was dismissed Getty Images

Chennai Super Kings batsman Suresh Raina lamented his team’s failure to tighten the screws in the closing stages after the defending champions lost by three wickets to a depleted Mumbai Indians their Champions League Twenty20 opener.

After Chennai Super Kings stumbled to their first home loss this year, after eight successive wins, Raina backed his team to strike back in the remaining games.

“It wasn’t a case of complacency for we know that a match cannot be won until the last ball is bowled. But we certainly thought we were going to win the match midway through the match, after we had dismissed (Keiron) Pollard. We should have ensured that we bowl in good areas and field well. But such things happen in cricket and we would look to bounce back,” he said.

Raina, who failed with the bat, picked two wickets for only six runs in two overs.

But surprisingly, Raina wasn’t given another over and instead left-arm spinner Shadab Jakati, whom Lasith Malinga fetched for two successive sixes to set the tone for Mumbai’s unlikely win, was introduced. However, Raina backed the decision.

“With two right-handed batsmen we thought it is better to go with a left-arm spinner, who spins the ball away from them.

And Jakati had until then bowled quite well. As regard to me bowling more, perhaps we will look forward to that in the next match,” Raina said.

“(Lasith) Malinga played a brilliant innings and there was nothing much we could have done other than bowl at good areas, which we did,” he said referring to Malinga’s 24-ball 37 that gave Mumbai the win.

The total of 158, Raina reckoned, was adequate.

“It was a reasonably defendable total. But (Aiden) Blizzard and (Davy) Jacobs got off to a good start and scored a lot of runs in the powerplay overs, and that made a significant difference. But we did well come back into the game,” he pointed out. (PTI)