Raina scored 101 with five sixes and nine fours against South Africa at Gros Islet in 2010.

Left-handed batsman Suresh Raina is the lone Indian in the short list of four players from all countries to have scored a century in the ICC World T20 Championship’s brief history whose fifth edition is set to commence in Bangladesh from Sunday.

Raina, who lost his place in the Test and ODI formats of the game, is part of the squad led by Mahendra Singh Dhoni for the T20 event.

Raina scored 101 with five sixes and nine fours against the South Africans at Gros Islet in May, 2010 in the third edition of the tournament held in the West Indies.

The other three century makers in the shortest form of the game are Chris Gayle (West Indies, 117 vs South Africa at Johannesburg in September, 2007), Mahela Jayawardene (Sri Lanka, 100 vs Zimbabwe at Providence in May, 2010) and Brendon McCullum (New Zealand, 123 vs Bangladesh at Pallekele in September, 2012), as per the statistics provided by H Gopalakrishna.

Gayle and Jayawardene had missed out on notching up another hundred each as they scored 98 and 98 not out respectively, both at Bridgetown, in 2010.

Incidentally Jayawardene (858 runs) and left-handed Gayle (664) are the top two run-getters in the tournament’s history while the stylish Lankan right-hander also holds the record for most fours (91) in the tournament while the feat of scoring the highest number of sixes (43) rests with the powerful West Indian.

The two batsmen also hold the no.1 and 2 positions in the highest number of 50 or 50-plus scores with Gayle having scored 7 (including one century) in comparison to Jayawardene’s 6 (including one ton).

Lanka’s unorthodox finger spinner Ajantha Mendis has the distinction of returning the best figures (6 wickets for 8 runs) in the tournament against Zimbabwe at Hambantota in September, 2012. 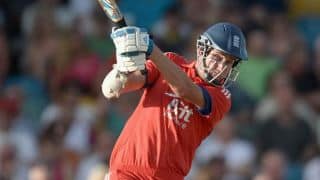 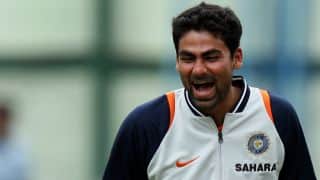 Mohammad Kaif: Want to give something back to society