Saeed Ajmal spoke at length about his duel with Indian batting maestro Sachin Tendulkar in the 2011 World Cup semi-final at Mohali admitting he was surprised at how the world class player struggled against his Doosra delivery. 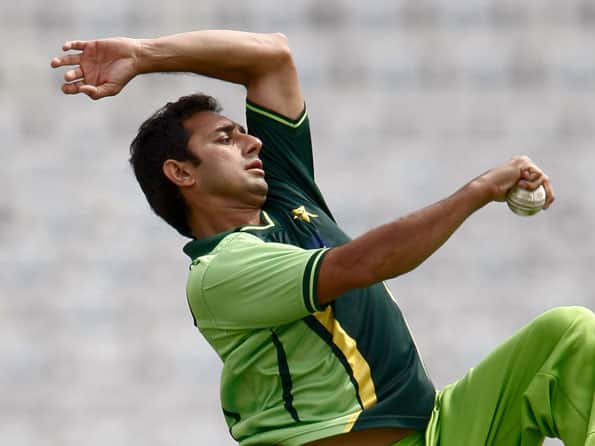 Pakistan spinner Saeed Ajmal is not concerned at some former Test players and commentators raising questions over his bowling action, saying his action has been cleared by the ICC.

“They can say what they want but the ICC has cleared our actions and of course umpires and referees are there too. It’s within the rules,” Ajmal, who has taken 50 Test, 62 ODI and 43 T20 international wickets, said.

The off-spinner also backed his colleague Mohammed Hafeez, Indian spinner Harbhajan Singh and Protea bowler Johan Botha, whose action has been questioned by retired Australian umpire Darrell Hair in his book ‘In The Best Interest of The Game’.

“He (Hafeez) bowls a very good delivery that goes straight on and batsmen find hard to read. Commentators can say all they want, but all those who have been cleared by the ICC are still bowling.

“Harbhajan and Botha have had their actions queries in the past and are still bowling. I really don’t know why they keep targeting us,” Ajmal told PakPassion.net.

Ajmal also spoke at length about his duel with Indian batting maestro Sachin Tendulkar in the 2011 World Cup semi-final at Mohali admitting he was surprised at how the world class player struggled against his Doosra delivery.

“Tendulkar is a world class player and going up against him was a challenge. That was the first time we came up against one another. He was having a really hard time picking my doosra,” he said.

“You can study videos as much as you want of a bowler, but going up against a new player on the field is always a different challenge. There’s a world of difference between what you see on videos, and what you encounter when facing someone for the first time. As I say, he’s a world class performer and I thank the Almighty that on the day I did well against him,” Ajmal said.

“I was definitely surprised. Sachin is an extremely talented player and I was not expecting him to struggle so much against me. I thought he would quickly pick up on my variations. However, I worked really hard in that match and thankfully, I was able to succeed.”

The off-spinner felt with T20 cricket becoming popular it had become a difficult job bowling in the death overs of limited overs cricket.

“Twenty20 cricket has become very popular these days and batsmen are looking to take on the spinners and give their figures a beating in that format.

“Even in Test cricket, batsmen are looking to take on the bowlers and score quicker than in the past. However, good bowlers are always able to adjust and succeed in any format.”

Ajmal also said that he had not given retirement any thought at all.

“My aim is to become Pakistan’s best bowler and also, to be the top bowler in the world. Only after that will I consider retiring from the game.” (PTI)