Captain Rory Burns led from the front in the successful season with four centuries and six half-centuries in passing 1,000 first-class runs for the fifth straight season.

Surrey beat Worcestershire by three wickets claiming their Divison one 2018 County Championship, their first since 2002.

Captain Rory Burns led from the front in the successful season with four centuries and six half-centuries in passing 1,000 first-class runs for the fifth straight season.

For Surrey it was their ninth successive county championship victory, equalling a run they had back in 1999 under Adam Hollioake who guided them to three titles in four years.

Surrey amassed 239 points with two more matches to go with Somerset in second place with 178 points.

The victory against Worcestershire was set up by Morkel, who took 5-24 in second innings on Wednesday — the fourth time he has taken five wickets in the eight matches he has played in the campaign.

Openers Mark Stoneman and captain Burns gave Surrey a solid start in their chase of 272 and the crown with an opening stand of 111 but Worcestershire — who are in danger of relegation — fought hard to take seven wickets.

However, it was appropriately Rikki Clarke — the only player who bridged the gap between the two title successes — who steadied the ship but left it to Morkel to score the winning runs, prompting joyous scenes of jubilation. 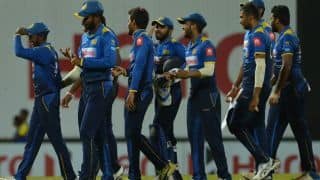 Danushka Gunathilaka out of Asia Cup 2018 due to back injury