Well, no matter who says what, but one should understand that Ganguly was referring to international T20 cricket.

Actor Sushant Singh Rajput, who has been in headline since the release of movie ‘MS Dhoni: The Untold Story’, is back in the news after his latest tweet. MS Dhoni‘s recent form has been under the scanner and he has been criticised for the same. He bounced back in a match against Sunrisers Hyderabad and scripted a famous win for Rising Pune Supergiant (RPS). Dhoni played a brilliant knock in that game by taking his side home by hitting the winning runs in the final over.

Earlier, Sourav Ganguly made a statement over Dhoni saying. “I am not too sure if Dhoni is a good T20 player.” Reacting to this statement, Dhoni fans went livid over Ganguly and Sushant also joined them after the RPS player played a match winning knock by tweeting, “Dhoni is not a …. ” what did you say ?? Wonder where are the Experts now. Proud of you mahi!!”

“Dhoni is not a …. ” what did you say ?? Wonder where are the Experts now. Proud of you mahi!! https://t.co/KPEpxeGhJr

However, Sushant did not name Ganguly but the indications were clear and loud that it was for former Indian captain and other cricket experts who has been criticising him. Though Ganguly had also said that Dhoni is champion in ODIs by saying, “He is a champion ODI player but when it comes to T20 cricket, in 10 years, he has got one fifty and that’s not the best record.”

Not only Sushant but also many big names also came in support of Dhoni after that knock and one of them was Virat Kohli, who expressed his emotions from his official Twitter account.

Ms Dhoni does what he’s done with so much confidence over the years. What a champion knock. Great to watch

Well, no matter who says what, but one should understand that Ganguly was referring to international T20 cricket. Ganguly mentioned that Dhoni scored only one fifty in last 10 years, which is not impressive for a player of his stature. In a way it can be said that Sushant’s criticism was uncalled for. 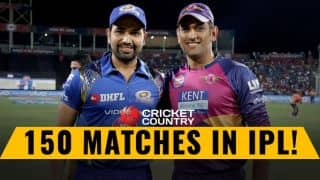 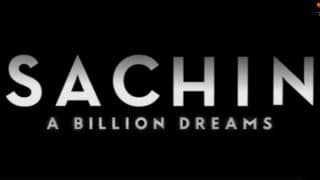