Jason Gillespie, already in charge of the Adelaide Strikers, is set to become the new coach of the struggling Rebacks

Former Australia bowler Jason Gillespie will leave his role as Sussex coach at the end of the ongoing 2020 season, the English county announced Tuesday. A statement from the south coast club said Gillespie would be returning to Australia to take up a role with the South Australian Cricket Association.

It appears Gillespie, already in charge of the Adelaide Strikers as well as Sussex, is set to become the new coach of the struggling Rebacks — a move that would put South Australia’s Big Bash League and first-class teams under the control of one man.

He will, however, remain at Hove as Sussex coach until the end of the current campaign.

Former fast bowler Gillespie represented South Australia while also winning 71 Test caps as a member of the powerful Australia side of the mid-1990s to early 2000s.

Having played county cricket in England, the now 45-year-old Gillespie made a successful switch into coaching, guiding Yorkshire to successive County Championship titles in 2014 and 2015 before joining Sussex at the start of the 2018 season.

It was only last year that Gillespie, tipped as a possible England coach before the role went to Trevor Bayliss, a fellow Australian, signed a contract extension with Sussex until the end of the 2022 season.

“We are very sorry to see Jason leave after three years at the club, but fully understand and support his decision to return home to a new role in South Australian cricket,” said Sussex chief executive Rob Andrew.

“He will stay in Hove to see out our season and continue the great work with the development of our young and exciting team.”

Andrew, a former England rugby union fly-half, added Sussex would not be making a decision on Gillespie’s replacement until 2021.

Gillespie coached the Strikers to the BBL title in 2018 and has taken them to the finals on two other occasions, including last season.

But at the same time South Australia’s form has declined alarmingly, with the Redbacks winning just four out of 29 matches in the Sheffield Shield, Australian cricket’s domestic first-class competition, during the past three seasons.

SACA commissioned a high performance review led by Michael Hussey, with the former Australia batsman recommending the Redbacks and Strikers be brought under the control of one coach. 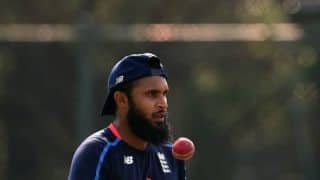 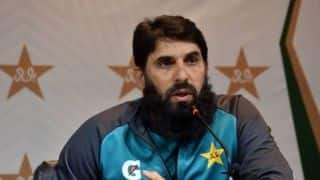