Former India wicketkeeper-batsman, Syed Kirmani on Wednesday learnt that life after retirement, even for the most celebrated of athletes, is very different after he was stopped at the entrance of the National Stadium. 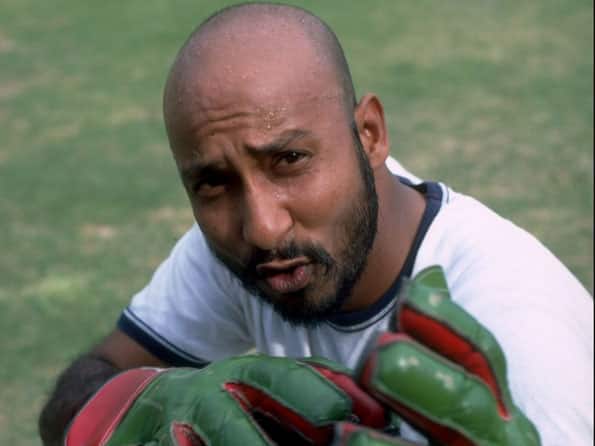 Former India wicketkeeper-batsman, Syed Kirmani on Wednesday learnt that life after retirement, even for the most celebrated of athletes, is very different after he was stopped at the entrance of the National Stadium.

Kirmani, who is in Karachi for a private visit, was stopped at the gate of the National stadium where he paid an impromptu visit to refresh old memories.

Wanting to visit the stadium where he played in 1976, the security staff at the stadium were unable to recognise Kirmani before a local journalist and former Test player, Rashid Khan came to his rescue.

“I can understand the reaction of the security staff. Obviously, they have their duties to look after,” Kirmani said after he was finally recognised and guided into the stadium.

The journalist, who was on his way out, instantly recognised Kirmani who was standing at the main entrance and called down Rashid Khan, who then came to receive the former Indian cricketer on behalf of former Pakistan captain Wasim Bari.

Bari, who sits in the NSK, also played in the 1976 series and it was interesting to see him and Kirmani refresh old memories while they went around the stadium and had a cup of tea.

“I was going somewhere else but when the driver told me this is the National Stadium I decided I had to visit it and see it from inside,” Kirmani said.

The former glovesman was all for having regular sporting ties between India and Pakistan.

“I think at the people to people level they are no problems. But political issues have affected sporting and cricketing ties. But I have always felt it is good if India and Pakistan play against each other as people of both the countries want to see this happen,” Kirmani said. (PTI)