Vadodara: Madhya Pradesh easily defeated Goa by seven wickets in the national T20 cricket championship for Syed Mushtaq Ali Trophy on Sunday. In the Group C match, Madhya Pradesh, who chose to bowl after winning the toss, restricted Goa to 104 for six in the stipulated 20 overs, and then comfortably chased down the target of 105 with as many as 25 balls to spare at the at Moti Bagh Stadium. Deepraj Gaonkar top-scored for the visiting side with 44 off 35 balls, hitting three boundaries and two sixes. Gaonkar aside, none of the other batsmen could do anything of note for Goa.

Harpreet Singh, with figures of 3/15 in four overs, was the most successful bowler for Gujarat. In reply, Gujarat got a flying start through Zafar Ali’s brisk 17-ball 27. He found the fence five times. Jalaj S Saxena (24), Naman Ojha (20), Venkatesh Iyer (17 not out) and Harpreet Singh (16) were the other batsmen to have made substantial contributions. Shadab Jakati picked up two wickets for 22 in four overs for Goa. 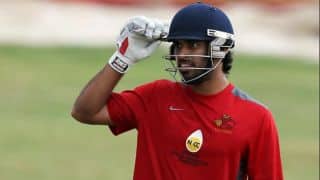 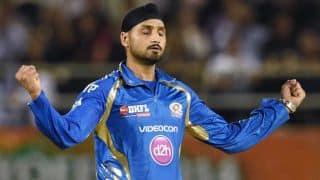