Delhi became the first team from Group A to qualify for the Super league of the Syed Mushtaq Ali Trophy 2019 with an easy seven-wicket win over Nagaland in Round 7 at the Chukkapalli Pitchaiah Cricket Ground, Mulapadu.

With five wins and one loss in six matches, Delhi claimed 20 points, leaving Kerala and Jharkhand to fight for the only spot from Group A for the Super league.

After opting to bat first, Nagaland were reduced to 15/3 with Subodh Bhati claiming two wickets in the form of skipper Rongsen Jonathan (6) and Paras Sehrawat (0). Opener Sedezhalie Rupero was run out for 0 by Bhati without facing a ball.

Opener Aditya found support in Manjinder Singh (13) and Toni Chishi (12). Aditya got together for a 56-run partnership for the fifth wicket with Manjinder en route to his 46-ball 64-run stand. But he was run out by Pranshu Vijayran in the 13th over.

Nagaland then went on to lose their last five wickets for just 28 runs to be bundled out for 118 in 19.4 overs. Bhati finished with 4/14 in his four overs while Nitish Rana claimed 2/10 in his three overs.

In reply, Nagaland bowlers managed to take two early wickets with Unmukt Chand departing for five to Manjinder while former Delhi player Pawan Suyal got rid of skipper Rana for two. Hiten Dalal and Himmat Singh then added 93 runs for the third wicket to put Delhi on course. Dalal fell to Gaurav after hitting six fours and seven sixes. 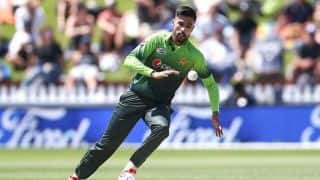 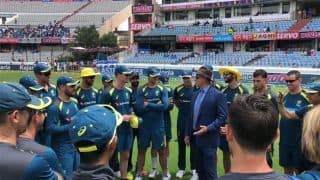