Saurabh Tiwary scored a fine 21-ball 36 in a winning cause for Jharkhand.

Jharkhand became the second team after Bengal to make the main round of the Syed Mushtaq Ali T20 tournament on net run-rate following their mammoth eight- wicket win over Assam in the East Zone league at the Jadavpur University second campus ground in Salt lake on Saturday.

Ishan Kishan struck a delightful 35-ball 48, while skipper Saurabh Tiwary was back among runs with a 21-ball 36 not out with two fours and two sixes as Jharkhand cruised to the 128-run target with 22 balls to spare.

Jharkhand, Assam and Odisha finished with eight points each but today’s big win meant the Tiwary-led side finished with an NRR of +0.253 to edge out the other two East Zone sides.

Earlier, left-armer Sarfaraj Ashraf, who returned with a career best five-wicket haul against Odisha, once again became the wrecker-in-chief as his 3 for 22 restricted Assam to 127 for 8 in 20 overs after they chose to bat on a batting paradise.

But Assam batters struggled for a partnership losing wickets in regular intervals before Ashraf came to terrorise the middle order.

Jharkhand were sharp in the field as well executing two run-outs before their batsmen cantered home without breaking sweat.

Ishan laid the foundation only to miss a half-century by two runs before Tiwary and Virat Singh (25 not out) steered the side home with ease. 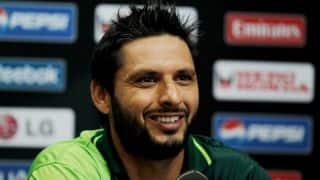 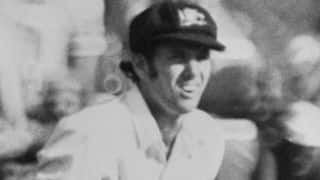