Mishra, bowling with the new ball, claimed the wickets of Aditya Kaushik (4), Amit Verma (0) and Suyash Prabhudessai (0) in his second over. Deepak Chahar, India’s hero and record setter in the third and final Twenty20 International against Bangladesh, was not the only bowler to take a hat-trick in the Syed Mushtaq Ali Trophy on Tuesday.

Mishra, bowling with the new ball, claimed the wickets of Aditya Kaushik (4), Amit Verma (0) and Suyash Prabhudessai (0) in his second over, leaving Goa, put into bat, reeling at 7 for 4. Before that, Mishra’s new ball colleague A Madhwal scalped opener Rajashekhar Harikant for nought.

Goa eventually could muster only 119 for 9 in their allotted 20 overs, built around one-down Snehal Kauthankar’s 57 off 46 balls.

Uttarakhand overhauled the target with 3.2 overs spare, reaching 120 for 2 in 16.4 overs with captain Tanmay Srivastava top-scoring with 49 not out from 39 deliveries with the help of six fours and a six.

Wicketkeeper Saurabh Rawat (31 not out) was the other unbeaten batsman of Uttarakhand.

Earlier, Chahar registered the best-ever bowling figures by a bowler in the shortest format in international cricket with 6 wickets for 7 runs as India (174 for 5) defeated Bangladesh by 30 runs in the final match on Sunday at Nagpur to clinch the series 2-1.

While doing so, Chahar also picked up a hat-trick the second by an Indian (India Women’s bowler Ekta Bisht being the first) to take a hat-trick in T20Is. 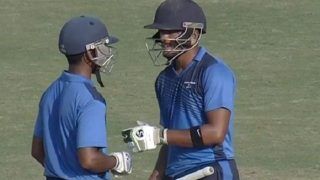 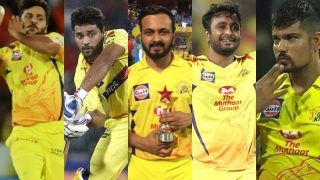