Russell believes T10 format could be the way forward for cricket to become part of the Olympics. 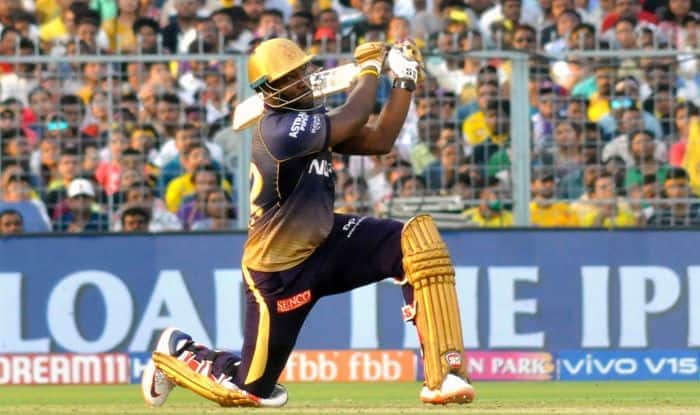 West Indies allrounder Andre Russell believes T10 format could be the way forward for cricket to become part of the Olympics. Russell, who has enjoyed tremendous success as a T20 cricketer, scoring runs across various T20 leagues around the world, will be part of the Abu Dhabi T10 tournament, which will take place in the UAE between November 14 and 24.

“It would be brilliant for cricket to become an Olympic sport and I know all players would love the opportunity of representing their country at an Olympic event,” said Russell.

The only time cricket has been played at the Olympics was during the 1900 Summer Games, when Great Britain won gold. There is a chance that cricket may make an appearance at the 2028 Games in Los Angeles, with the ICC pushing for the sport’s inclusion. Manu Sawhney, its chief executive told the MCC’s World Cricket Committee recently that strong progress had been but a clearer picture is yet to emerge.

As for Russell, the 31-yer-old had a stellar season for IPL franchise Kolkata Knight Riders, scoring 510 runs and picking up 11 wickets from 14 matches. Representing Northern Warriors, Russell feels the challenging nature of the format will push players to raise their game.

“The T10 format is obviously shorter than T20 and batsmen have very less time to get themselves in. You have to really attack and go after the bowling from ball one. As a bowler and a fielding team, you have to really be on your game and plan well as you know the batsmen are looking to take you down every delivery,” Russell added.

“The T10 format has put pressure on the batsman to start striking and to be aggressive from ball one. You have to think about where you are looking to attack each bowler and also what field they are setting to work out where they are trying to bowl to you.”

In its third edition, the Warriors, who won the inaugural edition in 2017, would be looking to repeat their glory from two years ago. With nine teams competing, Russell expects this season to be bigger and better in a sports-driven city like Abu Dhabi.

“I am sure it will be a box office event. Abu Dhabi is a brilliant place to host the T10. It is a great place to tour as a player with a lot to do away from cricket culturally and the Zayed Sports City Stadium is an excellent stadium with brilliant facilities. Abu Dhabi seems to be attracting a lot of high profile cricket events and I am looking forward to getting over there,” he said.