The Panthers, led by teenage sensation Prithvi Shaw, held their nerve despite the captain dropping a skier in the last over.

North Mumbai Panthers held their nerve in a thrilling Group A tie of the second edition of T20 Mumbai League with a six-run win against league debutantes Eagle Thane Strikers on Wednesday at the Wankhede Stadium.

The third match of the tournament turned out to be the highest-scoring and the most intense in the second season, with a possibility of the Super Over being open even till the last ball of the match. However, the Panthers, led by teenage sensation Prithvi Shaw, held their nerve despite the captain dropping a skier in the last over.

Chasing a mammoth target of 191 runs, the Strikers were in the game till the very end, thanks to scintillating fifties by Kaushik Chikhalikar (56 off 41) and captain Aditya Tare (71 off 44). Opener Chikhalikar dominated the 87-run partnership for the second wicket between the duo till he was undone by Prathamesh Dake s change of pace in the 12th over.

Tare then took charge as Sarfaraz Khan s over-ambitious paddled sweep resulted in his downfall. The onus was on Tare to lead from the front and he got the team on the cusp of a famous win. However, with 26 runs required off the last two overs, Tare, who had scored most of his runs with conventional strokes, had to take the aerial route and couldn t clear long-off off left-arm pacer Atif Attarwala. The next ball saw Attarwala getting rid of the dangerous Sagar Mishra.

Seasoned pacer Moondeep Mangela was then left to defend 16 runs off the last over. And he soaked the pressure extremely well, conceding just one boundary in the over and conceding just nine runs to see his team home.

The pacers wouldn t have had the luxury of defending a big total had it not been for Sairaj Patil (46 off 18) and Karan Nande s (50 off 23) audacious strokeplay. Captain Shaw got the Panthers off to a quickfire start but was run out in the fourth over.

However, youngster Patil showed his prowess with cover drives and ability to clear the boundaries at will, that put Panthers in the driver s seat.

Even after Patil holed out in the deep in the 10th over, Nande took over and executed his scoops to perfection to leave the Strikers bowlers clueless. With Patil racing to a 22-ball 50, the Panthers put on 190 for eight, the highest total of the second season so far. It turned out to be just enough in the end. 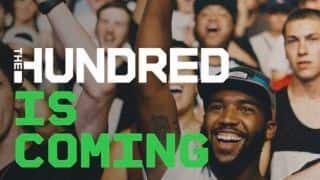 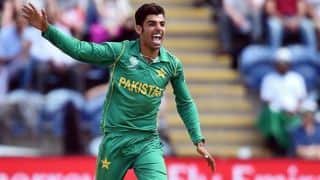