Dubai: Time will stop in India and Pakistan for fans when the two sides meet after two years in a World Cup game on Sunday in Dubai. While Babar Azam-led Pakistan would look to do what no other team from the country has done before, Virat Kohli would look to keep India’s phenomenal record against the arch-rivals at the World Cup intact. But again, given the format – nothing can be predicted.

Ahead of the game, ex-India off-spinner Harbhajan Singh spoke on Sportskeeda and reckoned Pakistan is ‘unpredictable’ and can beat anyone. On paper, both teams look well-matched, but India would still start favourites given their enviable WC record against Pakistan. “Not right to compare the two sides, but yes, Pakistan are unpredictable and can beat anyone. Both teams play a different brand of cricket” Harbhajan said while speaking on Sportskeeda.

“No point looking at the stats, it is about who performs best on the given day. It is India versus Pakistan and hence it will be interesting,” he added.

Going by the record of the two sides in the past five years as well, there is not a lot to choose from. Pakistan has played 71 matches and won 46 of them, while India played 72 matches and came up on top on 45 occasions. 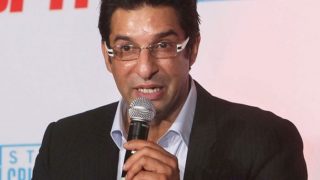 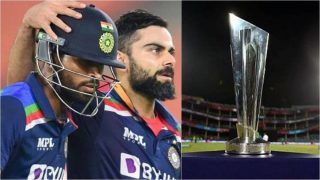