With a win and a loss under their belt, England are currently lying fourth in the five-team Group 1.

Live cricket streaming of England vs Afghanistan can be enjoyed on starsports.com, while the live telecast of the match is available on Star Sports 1 and Star Sports HD1, along with hindi commentary on Star Sports 3 and Star Sports HD3. England take on Afghanistan in Match 24, Super 10 stage, ICC World T20 2016 at Eden Gardens, Kolkata on Wednesday. It is a must win situation for England, while Afghanistan will only play for pride having lost two matches which has more or less ended their World T20 campaign. England are coming off a superb win against South Africa were they had chased down 230 with two balls to spare. LIVE CRICKET SCORECARD: England vs Afghanistan, Match 24, ICC World T20 2016 at Delhi

It was Joe Root who was their hero of the day for his unbeaten 44-ball 83 that ensured England successfully chased down the huge target. On the other hand, Afghanistan have failed to win a single match despite always coming very close. England’s batting has been satisfactory so far in the tournament with Root leading from the front. However, they need a collective batting effort from the likes of Alex Hales, Jason Roy, Stokes, Jos Buttler and skipper Eoin Morgan to make themselves a potent force in the tournament. LIVE CRICKET UPDATES: England vs Afghanistan, Match 24, ICC World T20 2016 at Delhi

With a win and a loss under their belt, England are currently lying fourth in the five-team group and a win tomorrow will definitely propel Morgan’s men up in the standings. While England will fight to stay alive in this World T20, Afghanistan will play for pride. Nevertheless, the Delhi crowd is ensured of a full-fledged T20I match with fireworks guaranteed. 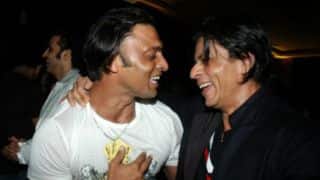