Sri Lanka take on Afghanistan in the Super 10 Group 1, Match 16 of the ongoing ICC World T20 2016 at Eden Gardens Stadium in Kolkata.

Sri Lanka take on neighbours and Asian minnows Afghanistan in the Super 10 Group 1, Match 16 of the ongoing ICC World T20 2016 at the historic Eden Gardens Stadium in Kolkata on Thursday, as the live streaming of the match would be available on starsports.com, while the live telecast would be available on Star Sports 1 and Star Sports HD1, along with hindi commentary on Star Sports 3 and Star Sports HD3. Sri Lanka, who are the defrending champions, would aim to get off to a winning start against the minnows, following a shaky performance in the warm-up ties, while Afghanistan too would be on the same mission, following their stellar performance in the qialifiers. FULL CRICKET SCORECARD: Sri Lanka vs Afghanistan, T20 World Cup 2016, Super 10 Group 1, Match 16 at Kolkata

Sri Lanka have a lot of work to be done, especially improvement in batting. Their sheer inability to bat throughout the innings and poor selection of shots at crucial moments have led their batting down, in turn leading to a poor performance in the game overall. However, their bowling has been better as they have managed to restrict opponents and a slight improvisation in this department as well would lead to them being the invincible. The Lasith Malinga factor could be the key. They played two warm-up games against New Zealand and Pakistan, losing both the ties. FULL CRICKET UPDATES: Sri Lanka vs Afghanistan, T20 World Cup 2016, Super 10 Group 1, Match 16 at Kolkata

Going by Sri Lanka’s recent performance, they will want their senior players to step up. Dinesh Chandimal, Angelo Mathew, Tillakaratne Dilshan, Rangana Herath and Lasith Malinga will be the key. They enter the tournament as defending champions and they have a lot to prove. This is the first time in many years that they will play a major tournament without Kumar Sangakkara and Mahela Jayawardene. 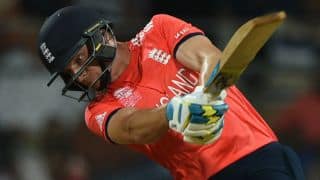