The disappointing performance left the fans angry and Younis, following the reaction of his countrymen, offered resignation from his current post as team's head coach in a press conference.

After seeking apologies in public for Pakistan‘s failure in the ICC World T20 2016, coach Waqar Younis now have come up with a revealing report of the team’s performance in the tournament. Pakistan, despite having a team consisting players capable of bringing success, managed to win only one match in their Super 10 round of the tournament and made an exit from the competition. The disappointing performance left the fans angry and Younis, following the reaction of his countrymen, offered resignation from his current post as team’s head coach in a press conference. The former player was seen taking the blames of the defeats of the team with folded hands but has now revealed that reasons behind the below expectation performance was the interference of the selectors and Shahid Afridi’s poor captaincy. FULL CRICKET SCORECARD: India vs Australia, Match 31, ICC World T20 2016 at Mohali

As published by espncricinfo.com, Waqar has come up and said, “My tenure has had mixed results with some good ones and others not so. My aim for this report is not to shift the blame to any personal individual but to identify where things did not go right, where we could have improved, hindrances and recommendations which I hope are implemented for the betterment of Pakistan and its future.”

He added, “I had made a lot of recommendations after the 2015 World Cup, including sending some boys back to first-class cricket for at least a season so they can regain their hunger for the game and rethink their approach and attitude to play for Pakistan but no recommendation was implemented. I had also recommended a certain selector who I believed had a vision for modernised cricket and changes in the domestic set-up but it was all overlooked. Haroon Rasheed was made chief selector after the World Cup and since then there have been so many changes on every tour, at times I feel they were stop-gap decisions, but to develop a team, you need to believe in your decisions and give them time.” 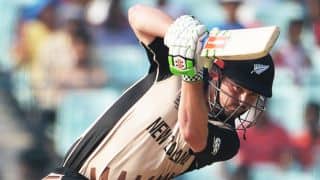 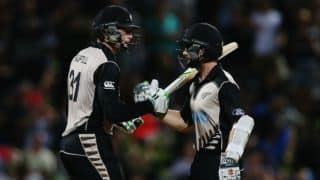