Viv Richards said this is the greatest period ever since that wonderful phase involving Clive Lloyd's team.

Former West Indies batting great Viv Richards is of the opinion that his team’s victory in T20 World Cup 2016 and Women’s T20 World Cup 2016 is the greatest time in the side’s history since its dominance of cricket from the first 50-over World Cup, and this continued for around two decades. According to Richards, Clive Lloyd’s team had some brilliant success marking West Indies’ finest days a few decades back. The performance of the Caribbean cricketers dipped over the years resulting in many other teams becoming much better than them. Richards said if we take take pride into account, this is probably the finest phase for the West Indies since the last 40 years. FULL CRICKET SCORECARD: England vs West Indies, ICC World T20 2016, Final at Kolkata

Richards was quoted by mid-day saying, “This is the greatest period ever since that wonderful phase involving Clive’s team. Considering the success that West Indies team had on a consistent basis, this is the closest any West Indies team would have got in terms of pride among all nations that make up West Indies cricket. Talking of the hero of the final match Carlos Brathwaite, he said, “Carlos is a determined guy. I worked with him in the West Indies ‘A’ team. He is strong, big and took it away from England. If someone has that kind of belief, anything can be achieved.” Full Cricket Scorecard: Australia Women vs West Indies Women, Final match, ICC Women’s T20 World Cup 2016

“Belief is the greatest thing to have as a competitor. You may have talent and ability but the most important thing to have is belief and of course, enough ammunition and personnel to chase down anything that the opposition sets. I think it’s the best opportunity regardless of the fact that they are playing India at home.” READ: ICC T20 World Cup 2016: Chris Gayle as great as Viv Richards, says Phil Simmons

“These guys have got to believe that all things can be accomplished. I believe West Indies have a great chance. Judging from what Darren Sammy said in his post-match comments, it didn’t sound all that good. I am just hoping that the folks who didn’t play a huge role on the administrative side of things, are not going to jump and start acclaiming that they have done this and that.” 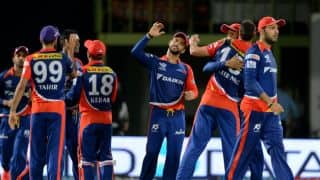 ICC World T20 2016: Some memorable moments from this mega event