The Ludhiana-born Sodhi, who took the prized wickets of Virat Kohli and Rohit Sharma, said Santner's spell in the middle overs also helped the other bowlers. 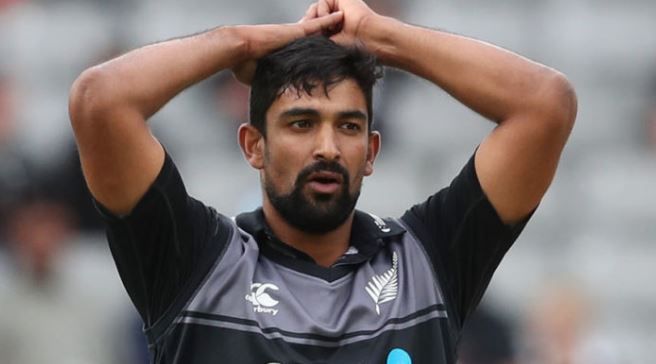 Dubai: Left-arm spinner Mitchell Santer may have not picked up a wicket in New Zealand’s thumping win over India but his tidy spell helped immensely in putting pressure on the opposition batters, feels teammmate Ish Sodhi. The bowlers stifled the Indian batters to restrict them to 110 for seven. New Zealand chased down the below-par total in just 14.3 overs.

The Ludhiana-born Sodhi, who took the prized wickets of Virat Kohli and Rohit Sharma, said Santner’s spell in the middle overs also helped the other bowlers. The way that he (Santner) bowled today, four overs through the middle. One of those in the powerplay, to create the pressure that he did and do some false strokes.

“I think a lot of us bowlers benefit a lot from the pressure that he puts on through that middle period. And that can definitely never go unnoticed, said Sodhi in the post-match press conference.

The leg-spinners called the eight wicket rout of India as a special win after the loss against Pakistan in their opener. Sodhi also didn’t expect New Zealand to win so handsomely. You go into matches like this with a team full of world-class performers like India have, and they’ve got a great record against us over the past few years.

“Very tough opposition in any conditions anywhere in the world. So, it’s definitely a special win.

After a tough loss against Pakistan, the boys regrouped really well. And to be able to pull off a win like that, it’s definitely something you don’t take lightly, added Sodhi, who returned with match-winning figures of 2/17.

New Zealand batters took a star-studded Indian bowling line-up to cleansers, in pursuit of a 111-run target and their opener Daryl Mitchell — 49 off 35 balls — played an important role and Sodhi dubbed his innings as an “icing on the cake”.

I think that’s phenomenal. Just speaking to him (Mitchell) then, it was his second game opening the batting in T20 professional cricket. Facing one of the best bowling attacks in the world.

“And it’s a huge testament to his character, and the backing he’s receiving from our camp, believe in his ability immensely. It was never going to be an easy chase. They’re always going to come out, be aggressive with the ball.”

Sodhi also lauded his team-mates for the composure they showed.

I suppose it was quite hard not to think it was a big game in this competition for us over the past few days. But I guess it kind of was, but the boys just held their composure really well. The toss went our way. And we’ve got a tremendous amount of experience in this group, the leg-spinner said.

Sodhi said it was a top-class bowling performance from New Zealand.

It’s very special. I think you can often get caught in that trap of expectations. We played a great game against some in the 2016 World Cup, but when you say 2016 it’s five years ago.

We change. A lot of players change. Strategies change. I think T20 cricket in general has changed a lot even in that time. But I think looking back at tonight especially, I go back to the amount of pressure that was created by Mitch, he said when asked how special it was to perform against India, who are usually great players of spin.

And also the powerplay bowlers for keeping it really tight. And Trent Boult and Tim Southee, obviously stalwarts in New Zealand cricket. Adam Milne had a tough over but he came back exceptionally well and finished with some pretty good figures on that wicket.”

India decided to send Ishan Kishan to open the batting in place of Rohit.

Did that alter New Zealand’s plan?

“The change to the team was something that we found out quite late. Ishan Kishan has obviously been in great form. So, we had to think on our feet, which I think the powerplay bowlers did exceptionally well in doing . 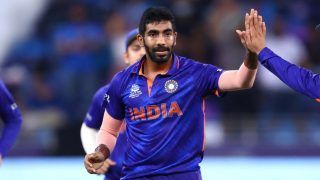