According to reports ICC is in talks with Star Sports for T20 World Cup 2018 contract, South Africa might host the tournament in 2018 despite issues with their government

Good news for T20 cricket fans! ICC World T20 Cup might be back sooner than you expected with it’s 2018 edition. Senior officials will be meeting with Star Sports officials today to take necessary steps. South Africa might be the next host for the next T20 venture. This decision will put South African government’s decision of enforcing ban on Cricket South Africa (CSA) to host world events under radar. This decision was made as CSA failed to abide the transformation guidelines. ICC Officials are behind the idea of making T20 World Cup happen on a frequent basis than agreed upon previously. However, there are still uncertainties whether Star Sports will agree on buying two extra T20 tournaments for 2018 and 2022. ALSO READ: Shane Watson backs Rahul Dravid for India’s head coach

The good news doesn’t just end here, there might be new entrants in the next T20 World Cup apart from the Super 10s. This decision will involve more participation and opportunities for Associate teams to make a name for themselves in International circuit. The huge success of this year’s T20 World Cup hosted in India gave ICC a boost to make it happen more frequently. The statistics of last tournament support their stand- over 80 million viewers in India for semi-final, India-Pakistan match and 750 million viewers worldwide watching online videos of matches. If Star Sports agrees on latest terms, this matter will be brought into light during ICC Annual Conference in June.

If South Africa isn’t able to host the tournament, UAE might be the next option considering the time zone synchronizes well with India and the climate is suited or the cricketers. South Africa haven’t hosted a single ICC event since 2009 Champions Trophy, which will give them upper hand in the bid to host an ICC event.  “Of course we would be delighted to host any major ICC event,” Cricket South Africa chief executive Haroon Lorgat told ESPNcricinfo. “We have proven in the past what a perfect destination South Africa is.”

CSA needs to resolve their issues with the government in order to host an ICC event after 9 years. ICC aims to generate $500 million form the two T20 tournaments. Their revenue from T20 World Cup 2016 was $250 million. ICC will look to disseminate finances to poorer members and Associate Nations to promote cricket and expand it’s horizons. Afghanistan’s performance in the previous tournament showed ICC a ray of hope, two include more and more teams in the international circuit. The funds will be distributed among nations according to their impact. A formula will be generated to impart funds to countries who need help to grow the game and decrease their dependency on tours from India. Ravi Shastri: Time as Indian team director most cherished phase of my life 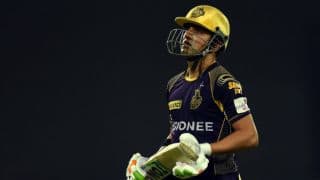