After opting to bat first, Verma dropped a sitter off Player of the Match Alyssa Healy, who went on to smash a breathtaking 39-ball 75. 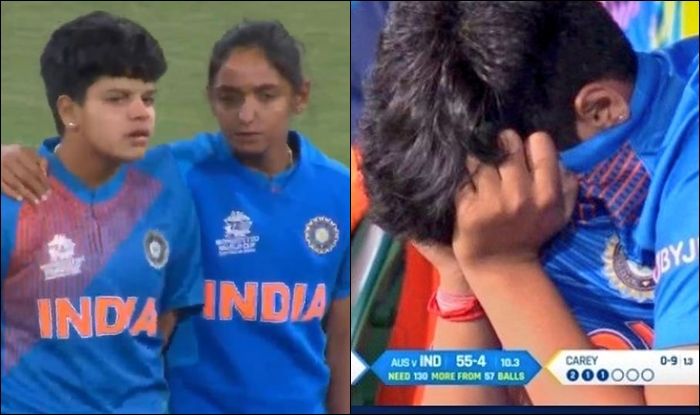 India opener and world No 1 T20 Batswoman Shafali Verma was in tears after India were thrashed by 85 runs on Sunday in the finals of the ICC Women’s T20 World Cup by defending champions and hosts Australia. After the loss, she could not hold her emotions back as she broke down.

India skipper Harmanpreet Kaur was seen consoling the young cricketer, a moment that should touch the heart of the fans who were hoping she fires as she has been throughout the campaign.

It’s ok Shafali verma, you’ve achieved more than what a 16 year old can do 🔥🔥 don’t be sad 😭😭 We are proud you #shafaliverma #T20WorldCup #INDvAUS #TeamIndia #Shafali #fanof @hardikpandya7 💙 pic.twitter.com/Wwbno563zT

Hopes were high on the 16-year-old cricketer, who has been the story of the tournament from an Indian point of view amassing 163 runs in five games. Chasing a mammoth 185 to win, India needed Verma to fire in the powerplay overs, but unfortunately, she failed as she departed in the first over after having faced three balls and scored two runs. Verma was caught behind by Alyssa Healy off the bowling of Megan Schutt.

After opting to bat first, Verma dropped a sitter off Player of the Match Alyssa Healy, who went on to smash a breathtaking 39-ball 75. Her innings was laced with five sixes and seven fours. It is possible that Verma was ruing that missed opportunity. 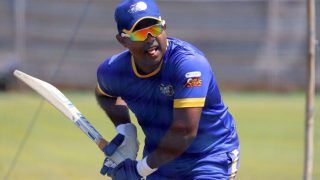