T20 World Cup: Shakib Al Hasan Ruled Out of the Tournament Due to Harmstring Injury

T20 World Cup: Shakib Al Hasan Ruled Out of the Tournament Due to Harmstring Injury

Big blow For Bangladesh in the T20 World Cup. 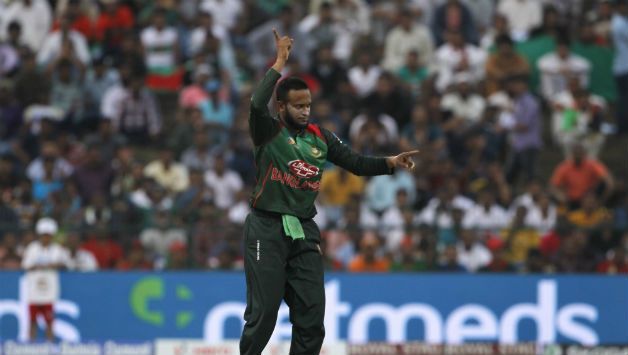 New Delhi: Former Bangladesh captain, Shakib Al Hasan has been ruled out of the ongoing T20 World Cup 2021. The Kolkata Knight Rider’s all-rounder suffered a hamstring injury during the Bangla Tiger’s game against the West Indies on Friday as the Kieron Pollard-led side emerged victorious by 3 runs.

Bangladesh have lost all of their matches so far in the super 12 stage and have no chance of qualifying to the next round. Shakib Al Hasan became the leading wicket-taker of the T20 World Cup against Sri Lanka, surpassing Shahid Afridi’s record of 39 wickets at the biggest stage of the shortest format of the game.

BREAKING: Shakib Al Hasan is out of the #T20WorldCup

He couldn’t recover from the hamstring injury he suffered against West Indies #MuhammadYousafpic.twitter.com/Nwkq2Uc2UT

BREAKING: Shakib Al Hasan is out of the #T20WorldCup

He couldn’t recover from the hamstring injury he suffered against West Indies .

“He has a hamstring injury and while the scan reports will tell you about the grade of injury, he is ruled out of the tournament,” the source told ANI. Shakib’s injury is a major dent in the Asian side’s hopes in the showpiece event.

Earlier this week, the Event Technical Committee of the tournament approved Rubel Hossain as a replacement for Mohammad Saifuddin in the Bangladesh squad.

Fast bowler Rubel, who has played 159 international matches including 28 T20Is, was named as a replacement after Saifuddin was ruled out due to a back injury. Rubel was a reserve as per the allowance for teams to travel with extra players in view of Covid-19 quarantine requirements.

(With Inputs From ANI) 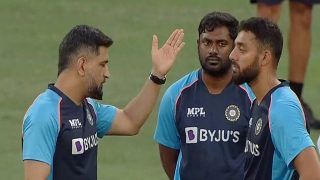 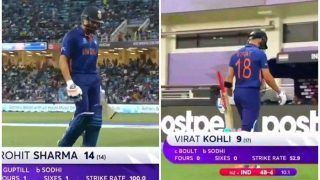