David Warner smashed an unbeaten 89 off 56 balls to lead Australia to an eight-wicket win over West Indies in their final Super 12 match of the ICC Men's T20 World Cup at the Sheikh Zayed Stadium here on Saturday. 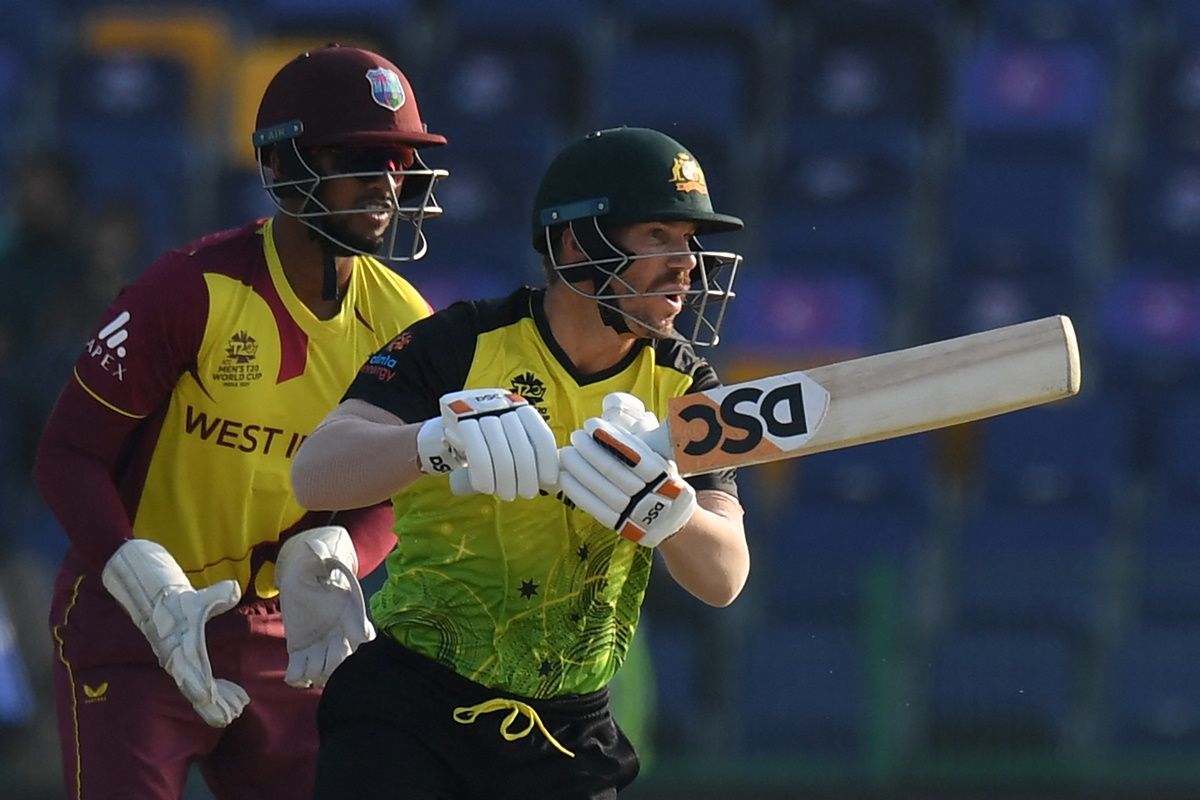 Abu Dhabi: David Warner smashed an unbeaten 89 off 56 balls to lead Australia to an eight-wicket win over West Indies in their final Super 12 match of the ICC Men’s T20 World Cup at the Sheikh Zayed Stadium here on Saturday.

Warner’s knock, laced with nine fours and four sixes, along with Mitchell Marsh’s 53 off 32 balls, was instrumental in Australia chasing down 158 with 22 balls remaining, giving a big boost to their net run rate in Group 1 standings.

Warner and Aaron Finch (9) gave Australia a flying start with 33 runs in the first three overs. Left-arm spinner Akeal Hosein gave West Indies their first breakthrough, with Finch inside-edging to his stumps in the fourth over. Warner continued his good show, welcoming Dwayne Bravo with a loft over mid-off. He then went on to hit Hosein for two boundaries in the final over of power-play.

Post Power-play, Mitchell Marsh joined the party, smacking Hayden Walsh Jr and Hosein for a boundary each. Walsh Jr was taken for six more by Warner, who sprinted for a brace on the next ball to reach his 20th half-century in T20Is. Marsh treated Andre Russell with disdain, slamming him for a hat-trick of boundaries in the tenth over.

From there onwards, it was just one-way traffic as Warner and Marsh continued to find boundaries. After striking Jason Holder for successive boundaries in the 14th over, Marsh reached his half-century with a single to long-on, also bringing the century of the partnership between him and Warner.

Warner took 11 runs off Bravo’s last three balls in T20Is, including a four and six to help Australia inch closer to the target. Chris Gayle broke the 124-run partnership as Marsh drove straight to mid-off. Warner finished off the chase with a flick wide of slip on the bowling of Roston Chase. 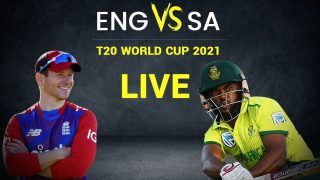 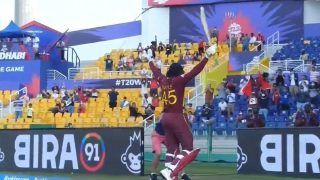