Leg-spinner Wanindu Hasaranga once again starred with with the ball taking two wickets for 19 runs in four overs. 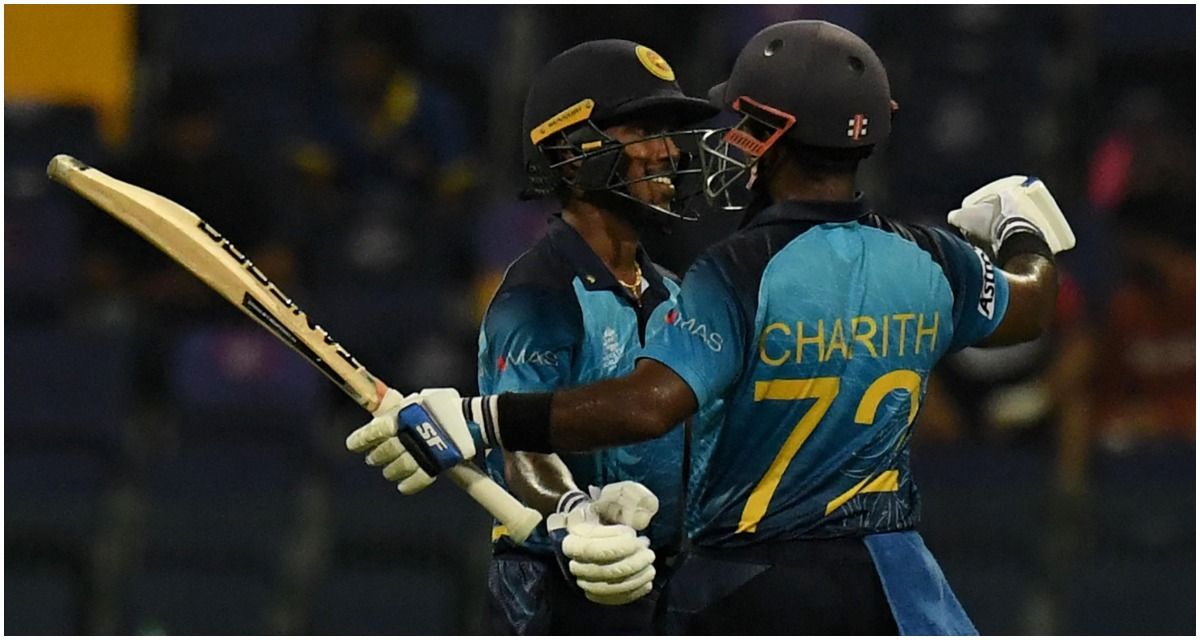 Abu Dhabi, Nov 4: The defending champions are now officially out of the semi-final race as West Indies lose to Sri Lanka by 20 runs at the Sheikh Zayed Stadium in Abu Dhabi on Tuesday. The Lankan Lions were already out of the tournament and played their hearts out today with a young team. Sri Lanka putting into bat first by the Windies, put up 189 runs on the board, thanks to Pathum Nissanka and Charith Asalanka’s well-made fifties.

West Indies in reply fell short by 20 runs despite Shimron Hetmyer top scoring in the match with 81 off 54 deliveries.

Leg-spinner Wanindu Hasaranga once again starred with with the ball taking two wickets for 19 runs in four overs.

The West Indies, who have won two of the last three world titles, are now mathematically out of the competition with two points from four games. Their last game is against Australia on Saturday.

Sri Lanka batters played with freedom and flair to set up a daunting target which prove to be too steep for West Indies, who could never recover from a poor start to the run chase.

For Sri Lanka, it was their first win of the Super 12 stage and they go home offering hopes for a bright future.

The West Indies’ forgettable campaign showed the need to look beyond greats like Chris Gayle and Dwayne Bravo while rebuilding ahead of the 2022 edition.

Gayle’ struggles in the continued and he was the first to depart for West Indies. Pacer Binura Fernando removed Gayle and Evin Lewis in the second over to put extreme pressure on the opposition.

Nicholas Pooran (46) and Hetmyer batted well but wickets at regular intervals kept the West Indies always behind in the chase.

Earlier, the in-form Nissanka and Asalanka enjoyed batting on the surface.

Nissanka played some outrageous strokes en route his third half-century of the tournament. If the switch hit was not bold enough, the opener walked way across the off stump to whip Ravi Rampaul towards backward square leg for a boundary.

Asalanka too struck a sublime half-century and one of the highlights of his innings was a straight slog sweep off Dwayne Bravo for a six.

With nothing to lose, Sri Lankan batters played to their promising potential and made the West Indies attack look pedestrian.

They also displayed that the future of Sri Lankan batting is in capable hands and with more experience at the highest level, they will only get better.

Sri Lanka made 48 for one in the Powerplay with the loss of Kusal Perera, who played well for his 29 off 21 balls. Andre Russell took a brilliant catch to dismiss him.

Nissanka and Asalanka then got together and with their free flowing strokeplay, put the West Indies attack under tremendous pressure.

After Nissanka’s dismissal, Asalanka went ballistic. In the 18th over, he slog swept Bravo for a straight six before smoking one over the bowler’s head for a boundary.

Skipper Dasun Shanka also chipped in with an unbeaten 25 off 14 balls in the death overs. 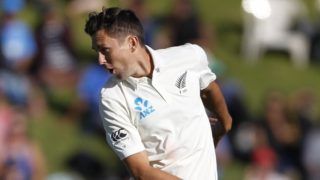