Scotland sent shockwaves through the T20 World Cup on Sunday and Kyle Coetzer said the players had made lots of "sacrifices" to come to this level. 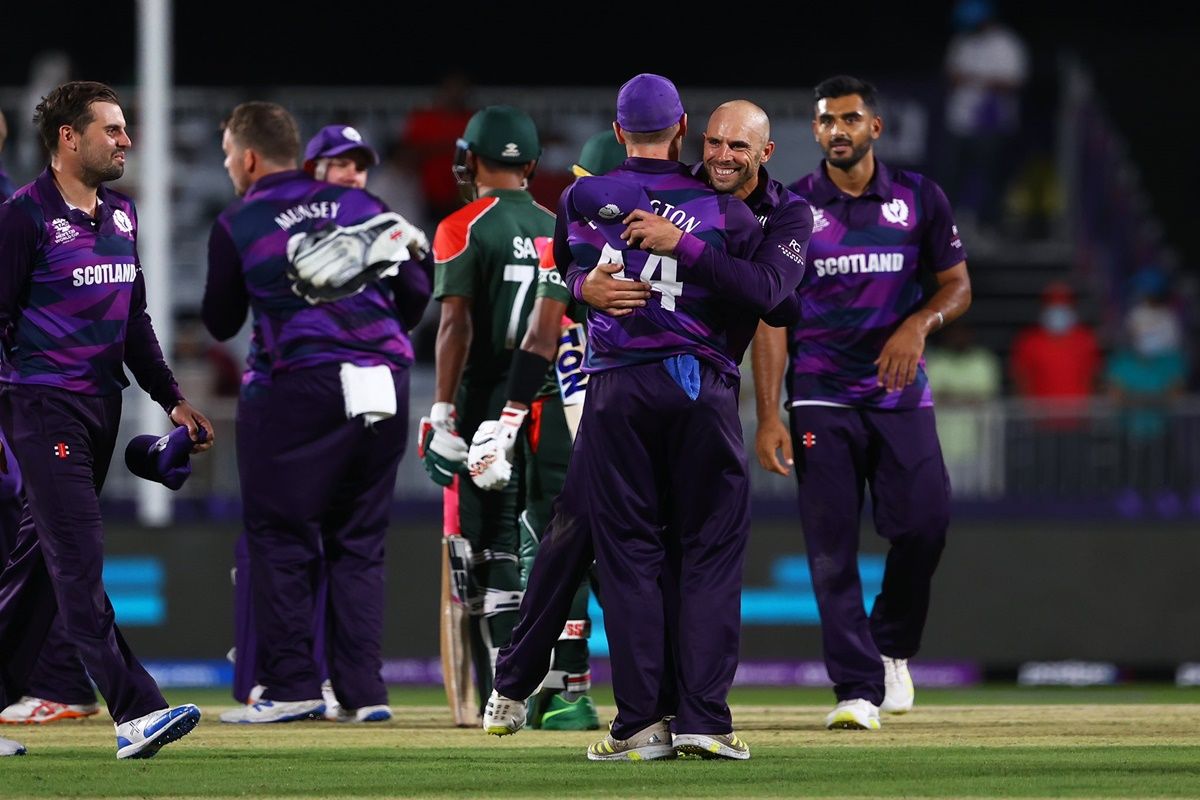 Al Amerat: Scotland captain Kyle Coetzer went on to highlight the challenges his team faced leading up to their first match against Bangladesh in the T20 World Cup 2021 played in UAE and Oman. Scotland pulled off a six-run upset win over Bangladesh that will give them a great chance to qualify for the next phase of the tournament.

Talking about the sacrifices the Scotland players had to endure because of the pandemic, Coetze said that at times they were working really hard and planning a lot behind the scenes but sometimes it seemed as if they were working for nothing because all their tours kept getting cancelled due to Covid-19 leaving their preparations in a disarray.

“Until a month ago we had played two games of cricket as a group so there was a lot of planning behind the scenes, a lot of guys working hard and it sometimes seemed you were working for nothing because our tours kept getting cancelled. So that was really hard for us to manage,” said Coetzer.

Scotland booked their place in the tournament in 2019, but have spent much of the pandemic period readjusting their strategy as tours kept getting postponed. But the positive to come out of the long break was that it left plenty of time for planning.

“It’s a huge win for us; it’s something we’ve been planning for a long time. It’s been a long two years since the qualifying tournament,” Coetzer, who was part of the team that beat Bangladesh back in 2012, told icc-cricket.com on Sunday.

“But now we’re reaping the rewards of keeping the faith that this tournament would come around and we would be a better team for it when we arrive out here. There have been a lot of sacrifices for many players; associate cricket is very hard and to get the opportunity we do when we get out here, it’s important to take it because otherwise if you get brushed aside people don’t appreciate how hard associate cricket is. We’ve made some good strides and I’m really proud,” added Coetzer.

Batting first, Scotland were reduced to 53/6. However, Chris Greaves hit 45 off 28 deliveries to carry the team to 140/9, before taking two wickets as the chase fell short with Coetzer impressed by the belief of his side, who he knows are capable of more.

“It’s a special feeling to beat Bangladesh. It’s not the first time we’ve beaten them but we know the strength in depth in their squad. I think they gave us a lesson at the start of the innings with the skill that they put on show. It took a real fighting effort. I was saying to our guys that we’re never out of the game and always believe. We’ll be looking for a more wholesome performance next time.”

Next up for Scotland is a clash with Papua New Guinea, who were beaten by Oman in their opening game.

Bangladesh, meanwhile, take on Oman in desperate need of a win, and for skipper Mahmudullah, it was their batting that faltered in this encounter, with Mushfiqur Rahim’s dismissal for 38 proving the crucial moment in the match.