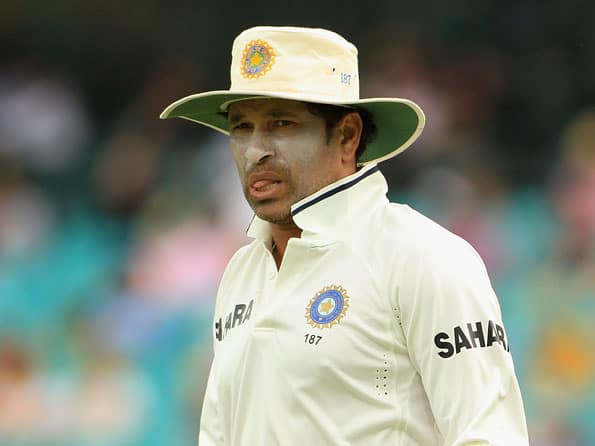 The 28-year-old, who is riding high on the success of Tanglish song, says he is honoured to croon for “India’s pride” Tendulkar in a Boost commercial.

“It’s a great honour to sing for a legend like Sachin Tendulkar. I am happy that I have been chosen to do this. He is the pride of our nation. When I was offered to do the song I didn’t think twice and just knew that I had to do it. I have really worked hard on the song and I hope people enjoy it,” Dhanush said.

The actor also said he hasn’t met Sachin to tell him about the song and doubts if he knows him.

“No I haven’t met Sachin… I don’t think he knows me or that I am singing a song for him but I hope he likes the song,” Dhanush added.

The son-in-law of superstar Rajinikanth, Dhanush also says he is not nervous about the Sachin anthem and hopes it matches in the popularity with ‘Kolaveri Di’.

“I am not nervous about it… I don’t think about what people expect out of me and just believe in working hard and giving my best. When I recorded ‘Kolaveri Di’ I had never thought it will become such a big hit… I had just put in my best in the song. I am just doing this song for Sachin and his fans,” he said.

The video, shot at various locations in Hyderabad, is expected to go on air soon.

Dhanush, who is making his Bollywood debut in Anand Rai’s ‘Ranjhna’, said he hasn’t started shooting for the film yet and it will begin in June.

“I don’t think of it (the film) as my first Bollywood movie but my 24th Indian film. I am thrilled to work in a new culture, with new people and new language. A lot of faith has been put in me by Anand Rai ji and I don’t want to let him down. I don’t know how will I be accepted by the audience here but I just want to do justice to my character.

“I haven’t started shooting yet it will begin in June. I am not nervous and am not expecting anything from it. I just want to live up to the expectations of my director,” Dhanush said.

The actor also thanks ‘Kolaveri Di’ for bringing him out of Rajinikanth’s shadow and helping him make his own identity.

“‘Kolaveri Di’ helped me move out of my father-in-laws shadow and make my own identity. There is a lot of pressure on me because of his status and stature and I have to consider a lot of things before taking up a project. Thankfully, I was acting even before I got married so people know my capabilities and don’t draw comparisons,” Dhanush said.

The actor has given hits like ‘Kadhal Kondein’, ‘Polladhavan’, ‘Yaaradi Nee Mohini’ and ‘Aadukalam’ down South. (PTI)