The Tamil Nadu CB-CID police on Wednesday asserted that investigation covering all “relevant factors” including Indian Premier League (IPL) match fixing and betting were under progress.

“We are investigating in all angles; whether it is betting on IPL matches or match fixing following emergence of new leads. All relevant factors are being looked into and these will be reflected in the charge sheet,” a top official of the investigative agency said speaking on the condition of anonymity.

“The investigations are progressing. We cannot share details of the investigation to the press at this stage”, he said and declined to specify any time frame for filing charge sheet.

He, however, hastened to add that, if investigations could not be completed within the stipulated time for filing charge sheet, the police would approach the jurisdictional court seeking more time.

The Tamil Nadu Crime Branch-CID police is investigating the IPL betting scam. Hotelier Vikram Agarwal, Kitty alias Utham C Jain, an alleged bookie were among those arrested by the CB-CID on the betting racket.

The Mudgal panel on IPL scam, which submitted its report to the Supreme Court (SC), had said “on the issue of whether Mr Gurunath Meiyappan was involved in match fixing and spot fixing, the issue has not been investigated thoroughly by the ICC-ACSU, BCCI’s ACU or the CB-CID of the Chennai Police though some information was available for such an investigation to be conducted.”

The Supreme Court-appointed committee has held that India Cement, owner of Chennai Super Kings (CSK) team, had failed to ensure that its team principal Gurunath Meiyappan adhered to rules and regulations of Board of Control for Cricket in India (BCCI) and IPL to keep the game of cricket free from corruption. 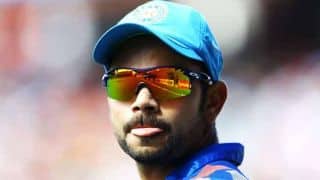