Tamim is Bangladesh's leading scorer in ODIs, having compiled 7,202 runs since making his debut in 2007.

Seasoned opener Tamim Iqbal has been appointed as Bangladesh’s new captain for the one-day internationals, Bangladesh Cricket Board (BCB) announced in a meeting on Sunday. Tamim takes over the captaincy reigns from veteran all-rounder Mashrafe Mortaza, who announced his decision to step down from the leadership role after the recently-concluded ODI series against Zimbabwe. Mortaza led the Bangladesh ODI side for more than five years.

However, BCB president Nazmul Hassan didn’t comment over the length of Tamim’s tenure. But he said he is looking at him as Bangladesh’s ‘long-term’ captain prospect.

“The board has unanimously selected Tamim Iqbal as our new ODI captain,” Bangladesh Cricket Board president Nazmul Hassan announced at a press conference after a meeting of the governing body’s board of directors.

“We thought of appointing a captain for a short duration and then giving the job to someone else next year. But we finally decided against a short-term appointment. We hope Tamim would serve for the long term,” he added.

The 30-year-old Tamim is Bangladesh’s leading scorer in ODIs, having compiled 7,202 runs since making his debut in 2007 against Zimbabwe at Harare. The stylish left-handed batsman also has the most number of one-day hundreds (13) and half-centuries (47) for Bangladesh.

Reacting on his appointment as Bangladesh skipper, the Chittagong-born batsman described it as a huge honour and calls Mortaza as ‘a role model’. “This is a massive honour for me,” Iqbal said in a statement. “I thank the BCB for trusting me with this responsibility.

“I’m aware that I have huge shoes to fill Mortaza has been a true great for Bangladesh cricket and a model of inspiration as captain for me and all the cricketers,” Tamim said.

Tamim’s appointment means Bangladesh having three separate captains for the three different formats. Mahmudullah Riyad is leading the Tigers in the T20Is while Mominul Haque is Bangladesh’s skipper in Test cricket.

Bangladesh’s next assignment is a one-off ODI against Pakistan on April 1 in Karachi. Apart from that, they will play Ireland this year for a three-match series in May. 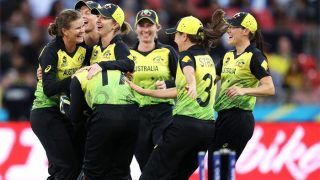