Tom Curran had earlier been given a clean chit by both Surrey CCC and ECB.

Surrey all-rounder Tom Curran had a good day on the field against Somerset at Taunton on August 10. Though Surrey lost the match, Curran made a 12-ball 21 before dismissing Peter Trego and Corey Anderson. However, he was not happy at all with the crowd behavior at the ground, and took to Twitter to vent out: Comfortably the worst crowd I ve ever experienced today. A complete embarrassment to Somerset CCC and all their players (who played a great game and are very good men). A bunch of peasants setting a terrible example for the many young kids I saw in the crowd today. Such a shame!

Six days after the match, Somerset CCC CEO Andrew Cornish told the Gazette: We have conducted a thorough investigation which has involved interviewing every steward on duty, listening to feedback from members and keeping close contact with Surrey throughout. We have no evidence to suggest anything out of line was said. We don t know for sure that it wasn t, but no stewards heard anything.

We have a zero tolerance approach to any comments of an anti-social, homophobic or racist nature. Anyone who is found to have made such remarks will be evicted from the ground, never allowed back in and, if necessary, reported to the police.

Supporters who wish to report abuse in the ground can do so by texting SCCC Steward followed by your message to 66777 and the response will be instant.

Friday night was electric and by far and away the best atmosphere I ve ever heard in a cricket ground.

We want to make use of home advantage and we want the ground to be a cauldron. The players feed off it. But there is a very clear line and we do not tolerate any comments which cross that line.

If there are two morons among a crowd of 7,100, it is important to punish the two rather than the 7,098 who behave themselves.

People have suggested limiting the sale of alcohol at the ground, but that is not something we will be doing at this moment in time. 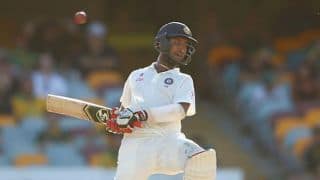 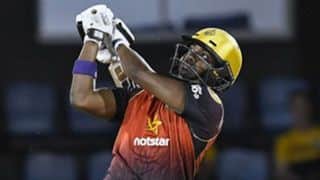