BCCI's advisory committee short-listed 21 off the 57 applicants but eventually chose to interview only seven off those candidates.

Team India’s head coach will be finally be announced on Thursday evening, Board of Control for Cricket in India (BCCI) President Anurag Thakur said. The final decision regarding the head coach was taken by a three-member panel on Tuesday but the name has been kept under the wraps. The likes of Ravi Shastri, Anil Kumble, Pravin Amre, Lalchand Rajput along with overseas candidates Stuart law, Andy Moles and Tom Moody were interviewed by BCCI’s cricket advisory committee comprising Sourav Ganguly, VVS Laxman and Sachin Tendulkar. Ganguly spoke to the media on Tuesday and had revealed that the coach was finalised and the name was conveyed to Thakur. READ: Kumble, Shastri, Amre: Who should be India’s next head coach?

The seven short-listed applicants were asked to deliver presentations followed by personal interviews. India has a jam-packed schedule ahead with tour of West Indies for Test series followed by home series against New Zealand, Bangladesh, England and Australia. The India board is leaving no stone unturned to select the most deserving coach who would surely help India succeed in the upcoming months. Not to forget, ICC Champions Trophy is awaited next year which will be followed by an edition of ICC World T20 and ICC Cricket World Cup.

The BCCI had received a total of 57 responses to its advertisement for the job, and 21 of them were shortlisted for the advisory committee to review. But on Tuesday the trio chose to interview just seven of them. When asked if Tendulkar, Ganguly and Laxman had consulted India’s limited-overs skipper MS Dhoni and Test captain Virat Kohli before finalising the head coach, former Indian captain and present president of Cricket Association of Bengal (CAB) Ganguly said,” “No, we haven’t. We have been empowered to finalise the coach and we have done it without consulting the captains.” 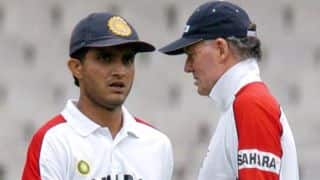 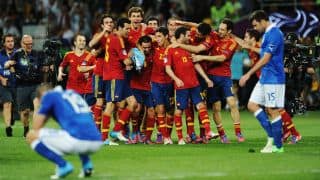