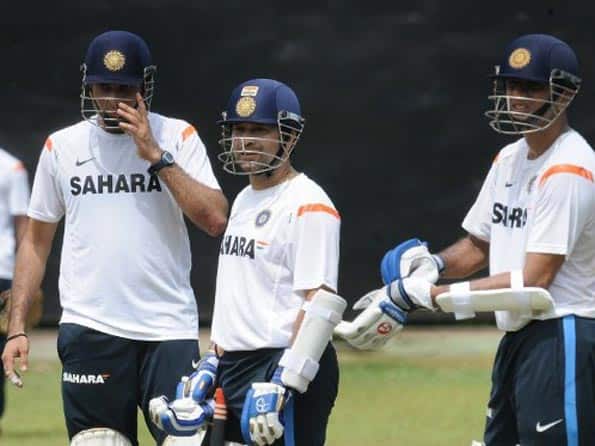 Reid was quoted in MiD Day as saying, “India definitely need to blood some new batsmen. There’s no doubt that Sachin, Laxman and Dravid have been champion players. But they need to realise that you can’t play forever.

“There comes a time, when you reach a certain age, you starting losing your reflexes, eye sight, and so on — especially if the opposition is bowling as well as the Australians are. I have the utmost respect for the trio — but they should go out before Indian cricket plunges even further — not that you can plunge further than the rock bottom it has already hit.

He said, “I am not saying India didn’t bat appallingly (in the just-concluded Test series), but this has been one of the best bowling performances by Australia. They pitched the ball up, swung it and bowled fast. I think after England and South Africa, Australia now has the best up-and-coming attack.”

Reid feels he has been disappointed with the way Indian team management have treated talented left-handed pacer Irfan Pathan.

He said, “When I first met Irfan (Pathan) in 2003, I was so impressed with what he had to offer. But I was a bit amazed that he was put up in the batting order.

“I feel he’s not been taken care of the way properly. He has probably lacked the extra yard of pace that’s needed, but I still think he’s a very good cricketer. I want to see him lead India’s pace attack in Tests when Zaheer Khan goes. I am not sure how much longer Zaheer will be able to continue.”

The former Australian pacer also added that the cricket administrators in India need to consider preparing bowler-friendly pitches in the country to motivate the budding fast bowlers.

“I just hope the administrators in India do something to help the seamers — give them some nice wickets conducive to fast bowling, especially at the first-class level. At least they will know what it’s like to beat the outside edge of the bat, and get the slips into action. I am afraid kids wouldn’t want to take to pace otherwise,” said Reid.