Tendulkar's 100th hundred will be a landmark for India: Vengsarkar

Tendulkar's 100th hundred will be a landmark for India: Vengsarkar

Former Indian batsman Dilip Vengsarkar believes if Sachin Tendulkar reaches the milestone of 100 hundreds in the ongoing Test series, it will be a landmark for the entire country. 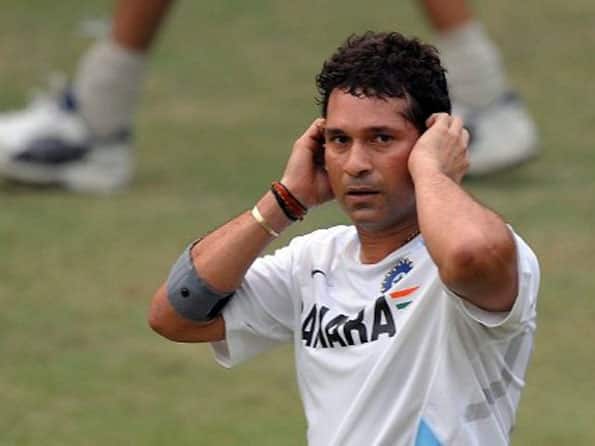 Former Indian batsman Dilip Vengsarkar believes if Sachin Tendulkar reaches the milestone of 100 hundreds in the ongoing Test series, it will be a landmark for the entire country.

He was quoted in Mid Day as saying, “If he makes his 100th hundred, it will not only be a record for Tendulkar but also a huge landmark for Indian cricket.”

Former Indian coach Anshuman Gaekwad too echoed Vengsarkar s opinion that Tendulkar s feat would be a matter odf pride for entire country but added that the little master would be under no pressure to achieve his milestone. He said, “It is big. No doubt. But I also know Tendulkar is under no pressure. All he wants to do is go out there and score some runs and enjoy his batting.”

Tendulkar though continued to be the cynosure of all eyes of the small number that turned out in the ongoing Test and whenever he fielded at the boundary, the crowd cheered him.

Whenever he fielded at the backward square boundary, spectators at the Eastern Stand ran down from their seats and cheered the batting maestro, standing near the iron grill which separated the ground and the stands, waving the tri-colour.

He was eventually ruled out of the subsequent home and away one-day matches against England due to a toe injury and has now gone eight games — four one-dayers and as many Tests — without a century.