Test can give riot-hit England a lift: Strauss

Test can give riot-hit England a lift: Strauss

England captain Andrew Strauss insisted he had no qualms about playing the third Test against India at Edgbaston following a night of rioting in Birmingham as the police officer overseeing the match said it was still going ahead. 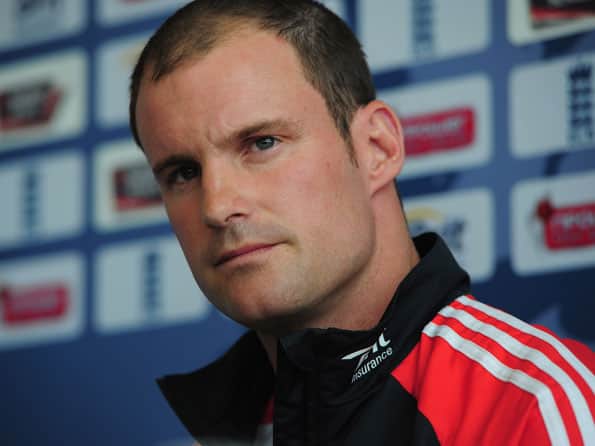 England captain Andrew Strauss insisted he had no qualms about playing the third Test against India at Edgbaston following a night of rioting in Birmingham as the police officer overseeing the match said it was still going ahead.

Players from both sides opted to remain in their hotels as rioters and looters took to the streets of England’s ‘second city’ on Monday, and were advised to do so again after training on Tuesday following several days’ of similar disorder in London.

The Football Association reacted by calling off England’s international friendly against the Netherlands, scheduled for Wednesday at Wembley Stadium in north London.

But Strauss, who said England’s security manager had told them it was “100 percent safe” for them to play the third Test, was keen the match at Warwickshire’s headquarters should start as scheduled on Wednesday.

“Let’s divorce the cricket match from what is going on in the country which is clearly not our proudest hour as a country right at the moment,” Strauss told reporters here at Edgbaston on Tuesday.

“I think this is an opportunity for cricket to maybe put a feelgood factor into the newspapers and show that not everything is bad out there at the moment.

“It hasn’t really affected our preparation,” he added.

“When you watch these scenes on the television, it’s horrific and it’s far from England’s proudest moment. But we fully intend to play the game as we would any other game.”

However, while providing security for players in the controlled environment of a cricket ground during daylight hours is one thing, concerns have been raised about the safety of spectators travelling to and from the ground.

New Street railway station is in Birmingham’s city centre, where much of the violence that has since led the police to make nearly 140 arrests took place on Monday, and there are fears about what might happen to fans heading that way after a day’s play if there are fresh riots.

But in a statement issued later Tuesday, Inspector Howard Lewis Jones, the designated police match commander at Edgbaston, said: “A lot of planning and preparation has gone into this event.

“We have worked very closely with the club (Warwickshire) and police resources have been set accordingly.

“The Test Match will not take away resources from policing the wider Birmingham area,” added Lewis Jones on a day where violence spread to the nearby town of West Bromwich.

“West Midlands police recognise the importance of this event and the spectators will be looking forward to this match.”

His words were backed up by Warwickshire chief executive Colin Povey, who told Sky Sports News on Tuesday he expected the match to start as planned at 11am local time (1000GMT) on Wednesday.

“We have a robust plan in place and I can confirm that as things stand it’s all systems go for 11am tomorrow (Wednesday),” Povey said.

Strauss had earlier told reporters: “We’ve been given no indication the game isn’t going ahead so it’s right for us to prepare as we normally would.”

England briefly came back from India in 2008 following the Mumbai terror attacks before returning to complete their tour.

“The way we’ve always looked upon these sorts of circumstances is that our security manager is there for a reason,” Strauss said.

“He’s got to determine whether it’s safe for us to go on tour or play any game of cricket. So far he’s said it’s 100 percent safe and you should always go on their advice.”

India captain Mahendra Singh Dhoni added: “Wherever you are, if things like this happen it’s sad.”

However, he indicated India were ready to play the match.

“I don’t think there’s much we can do as individuals or cricketers, so we’re sticking to what we can do — practising for the game tomorrow.

“We are cricketers, not professional guys who know about security — so let’s leave it to them.

“They will be the ones who decide what needs to be done.” (AFP)

England not distracted by number-one ranking