The Ashes 2017-18: England off to strong start on Day 1 vs Western Australia XI

The Ashes 2017-18: England off to strong start on Day 1 vs Western Australia XI

Mark Stoneman and James Vince were in the runs but skipper Joe Root was dismissed cheaply as England made a solid start to their Ashes tour.

Perth: Mark Stoneman and James Vince were in the runs but skipper Joe Root was dismissed cheaply as England made a solid start to their Ashes tour in Perth on Saturday. Stoneman hit 85 off 113 balls while Vince compiled 82 off 129 balls as the tourists reached 349 for six after winning the toss at the close of the first day of their two-day game against a Western Australia XI. But Root fell for just nine and experienced opener Alastair Cook was out on the second ball of the innings in setbacks for the England team ahead of the Ashes series. Root looked annoyed when he was given out caught behind when it looked like the ball had flicked his leg rather than his bat. The Ashes 2017-18: England’s top 6 to remain unchanged, assures Joe Root

Stoneman fell 15 runs short of his century when he was picked up at second slip as he attempted to drive paceman Lance Morris. That ended a 153-run stand for the second wicket with Vince, who was caught at mid-wicket off Aaron Hardie. Vince gave three chances in his knock on 47, 63 and 67, twice at slip by Nathan Coulter-Nile and once at mid-wicket from a pull. Dawid Malan and Gary Ballance spent valuable time in the middle with Malan scoring 56 and Ballance 51, before they both retired out to give others further down the order batting practice. Ashes 2017-18: CA XI squad named for tour matches

Jonny Bairstow (36) and Chris Woakes (25) guided the tourists to stumps. It was a dreadful start to the Ashes tour for former captain Cook, who has now been dismissed twice in his last three balls at the WACA Ground following his first ball duck to Ryan Harris back in 2013. Cook played at a good ball from Ashes Test pace aspirant Coulter-Nile just outside the off stump and nicked to wicketkeeper Calum How. The Ashes 2017-18: Steven Finn, Moeen Ali to undergo scans

Coulter-Nile proved a handful for Stoneman and Vince in his opening spell before they settled into the groove. Coulter-Nile, who finished the day with one for 43 off 16 overs, is attempting to force his way into the Australian squad for the first Test against England, starting in Brisbane on November 23. England decided to field 13 players in the tour match, with only Steven Finn (jarred left knee), Moeen Ali (side strain) and back-up wicketkeeper Ben Foakes missing from the 16-man touring squad. 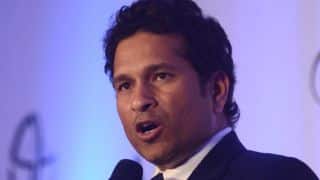 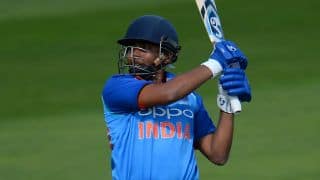