Following Matthew Wade s struggle with form, former Australia cricketer Michael Slater wants Peter Nevill in the national team as the wicketkeeper-batsman for the Ashes 2017-18. While Wade has recently wasted his chances, failing to contribute with bat as well as not being too efficient behind the stumps, Nevill s form for New South Wales supports Slater s call. Wade s spot is not only in danger because of Nevill, but also another competitor, South Australian wicketkeeper Alex Carey, both of whom have been impressive in the recent domestic season. READ: Glenn Maxwell close to breaking his run drought ahead of The Ashes 2017-18, opines Finch

I think we go back to the guy who s (the best)gloveman,” Slater told Sports Sunday. I read some quotes from Ian Healy. Now he knows a little bit about ‘keeping and he said let’s go for the gloveman, let s not make excuses for the top six batters doing the job and expect the keeper to do what Gilchrist did .

It’s like looking for another Warnie you don t find them. Get the guy who can take all (the catches). (Nevill) averaged over 50 for NSW last year. There s nothing wrong with his batting. He might not be an aggressor but he does a fantastic job. He might not talk as much as Wade but I m not sure the talk from Wade is appealing to some of his teammates.

Nevill also made his claims for spot in the national team strong after he equalled List A record for a wicketkeeper, being associated with eight dismissals as New South Wales defeated Cricket Australia XI by 93-runs.

I didn’t realise that was the case but that’s more of a reflection of the bowling than the wicketekeeping,” Nevill, who prefers not to sledge as much as traditional wicketkeepers, said after the record-breaking stint.

He’s been keeping really well. He’s put in a lot of work especially over our off-season and pre-season so it’s no surprise. I think he’s back to the standard he expects, the centurion said about Nevill. 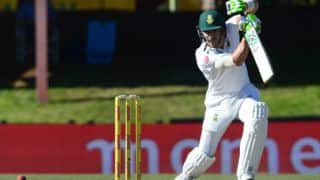 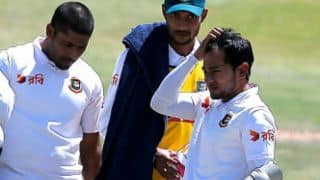 Mushfiqur: I felt lot of pain but tried to be there for Bangladesh