Between workload management, proper conditioning and coordination, Arun seems to have cracked the code to prepare a strong, imposing pace attack, something that coaches before him or bowlers before the current generation could not. 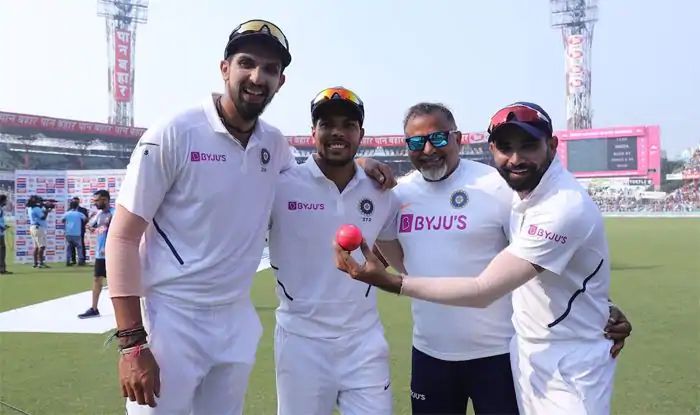 The coming of age of India’s fast bowling unit is not new, and if the pacers are at the forefront of this remarkable transformation, coach Bharat Arun deserves equal credit for his operations behind the scenes. In Umesh Yadav, Jasprit Bumrah, Ishant Sharma and Mohammed Shami, India have the most fearsome fast-bowling unit in the world, but the road to converting the once-promising attack into a decorated one required efforts lots of it.

Between workload management, proper conditioning and coordination, Arun seems to have cracked the code to prepare a strong, imposing pace attack, something that coaches before him or bowlers before the current generation could not.

“There were really good fast bowlers at any given point in time in Indian cricket,” Arun told Times of India. “We had Munaf Patel who could bowl 140-plus. Ashish Nehra was fast. RP Singh and Irfan Pathan when they started off could whip up good pace. When Zaheer first came in, he was really quick. Later, when the pace went down, he made up for it by adding other strengths to his bowling. Time and experience allowed him to learn a lot of skills. Javagal was a different bowler. But when you look at most of the others, they all started off at 140-plus and gradually settled for a consistent 130-135 kmph. When the pace slowed down it made a huge difference.

“With all the skill-sets they were acquiring, the pace should have ideally shot up or remained consistent. When we started to look into it, we realised there were multiple factors that affected fast bowlers. Over-bowling was one. The monitoring of workload was missing. There was lack of sufficient rest. And under-bowling too was an important factor. It all boiled down to individual conditioning. There has to be a lot of dialogue between the coach, the physio and the trainer. Only when a bowler begins to tell you how he feels, and shares his thoughts, beliefs and fears completely, will it allow the people around the bowler to manage him efficiently.”

Besides the on-training rigours, Arun also stressed on the importance of honesty, one that is thoroughly embedded in the current crop of Indian pacers. Arun explained how there are times when bowlers are truthful about their body, fitness and are willing to rest it out rather than putting it through the paces.

“Ahead of the Sydney Test, Ishant Sharma came up and said he wouldn’t be able to play because he was facing some discomfort. The team decided to go in with three fast bowlers and included Kuldeep,” Arun added.

“After the Australian series, Bumrah was supposed to travel to New Zealand. But he came up and said, ‘I’m really feeling tired (after the Oz series). I’ve given everything’. Of course he had. He took his break, went back home, took some rest and stayed fresh for the next series. Much of the credit here goes to Virat (Kohli) and Ravi (Shastri) for making this space available to the players.”

Of Arun’s biggest achievement, the turnaround of Mohammed Shami has been the stuff of fairytale. Battling fitness issues, the 29-year-old has morphed himself into a threat in all three formats. In four World Cup matches, Shami picked up a hat-trick and a five-wicket-haul and followed it with nine wickets in two Tests against West Indies, 13 in three Tests against South Africa and another nine against Bangladesh.

“Shami’s a very strong guy. He inadvertently does fasting every day. Intermittent fasting. It comes naturally to him. When he was going through that troubled period, he was very low. His fitness was low and even failed a fitness Test. He came close to … (goes silent). But what that period also did to him is build a lot of anger inside him. It is during that time that Ravi and I sat with him and told him was to channelise all that anger into his fast bowling and just keep working on his fitness. All he had to do was work like a bull. That’s what he did,” Arun explained.

“He’s got the best seam position in world cricket. If you look at the way he releases the ball and the trajectory it is the best in world cricket. At 140-plus, if the ball is going to move after pitching, it gives the batsman the least amount of time to adjust. And because of the position of his seam, there is lateral movement from the pitch after the ball hits the surface is what makes him so dangerous with the old and the new ball. He’s athletic, has a very nice action, a beautiful run-up, he’s strong and he’s grounded. These bowlers will always stay grounded because they’re always hungry.”

In the second Test against Bangladesh, all 19 wickets were taken by pacers, only the second time it has been done in a Test match in India. Ishant Sharma picked up his maiden five-wicket haul on home soil in more than a decade and Arun lauded the 30-year-old for the tremendous improvement he’s shown.

“Ishant is a different avatar of his own self. If you look at the way he swings the ball, both to the left hander and the right hander and the line when the ball is moving, making it come in and move out very few bowlers in the world can do it. Ben Stokes is one. But to do it consistently is phenomenal,” he further added.

“Ishant is probably one of the few bowlers in the world who can do it. That is also because of the unique position of his wrist. That allows him to do it consistently. His height is also an advantage. It allows him to move wider, bowl that line outside the off-stump or get the ball to come in. Then of course, the experience of 90-plus Tests helps.” 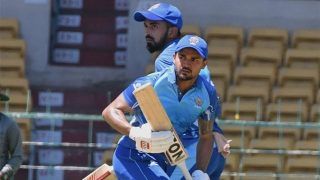