The Hardik Pandya School Of Captaincy: Lead, And Others Will Follow | IPL 2022

The Hardik Pandya School Of Captaincy: Lead, And Others Will Follow | IPL 2022

If Gujarat Titans' skipper Hardik Pandya's batting and fielding are to be considered, he looks as ready as can be for T20 World Cup. The bowling part could still be work in progress but Pandya is surely looking to prove himself fit on all fronts.

When the Gujarat Titans (GT) franchise went for the IPL 2022 auction, the results had thrown up a lot of questions. That they didn’t have enough batsman; that they almost left the auction without any wicketkeepers, etc. One big question to cap it all was, if their drafted star, Hardik Pandya, would be able to lead the side with efficacy. As things stand, Gujarat Titans now top the IPL 2022 points table and Pandya has shown his brand of captaincy lead from the front and the rest will follow. He has taken it on himself to be in the thick of things, with bat and ball, and in the field, and the results are there to see.

GT are now sole holders of the top spot, with four wins out of five, a total of eight points, and a Net Run-Rate of 0.450.

While this is sure to change there are way too many matches and many close competitors for it not to the fact remains that the new franchise has surprised many.

Pandya has been in the thick of it all. In their last match on Thursday, against Rajasthan Royals, he first took it up himself with the bat to repair the early damage. GT had lost Matthew Wade and Vijay Shankar in no time at all and soon after, Shubman Gill, their batting mainstay, also departed.

In came Pandya and cracked it to all parts of the ground and beyond, as he remained unbeaten on 87 (eight boundaries, four sixes). Pandya first was part of an 86-run stand with Abhinav Manohar (43 off 28 balls) and then added another rollicking 53 runs with David Miller (31 not out off 14 balls).

Then, as Gujarat fielded, Pandya’s rasping throw from mid-off took care of rival skipper Sanju Samson and then he claimed the wicket of Jimmy Neesham as Royals folded rapidly.

But that he didn’t complete his quota of overs is possibly the only question mark in this whole process. That is something that may crop up later.

With 228 runs from five innings, with the aid of two half-centuries, Pandya is second on the list of the Orange Cap contenders, behind Royals’ Jos Buttler. The GT skipper did briefly claim the cap during his knock, so this could be a tight race.

The next and most obvious question is if Pandya is good and ready to be back in India colours, specifically for the ICC T20 World Cup in October this year.

If his batting and fielding are to be considered, he looks as ready as can be. The bowling part could still be work in progress but Pandya is surely looking to prove himself fit on all fronts.

That could be good news for Gujarat Titans. And also, for Team India. 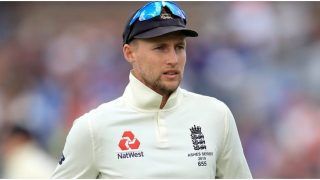 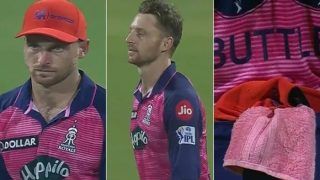